Three days ago, I stood outside the doctor’s chamber waiting to show him my wife’s medical reports. She was not keeping well at all. Her forehead burnt with fever every two-three days. She was bleeding for two to three weeks continuously. Her stomach was bloating up. She was passing blood with her urine and stool. She was a mess and she didn’t want to see a doctor. But I insisted and got the doctor home and she had no choice. He prescribed some tests and I got them done. I was worried. What’s wrong with Shikha? As I stood outside with her reports, various thoughts came to my mind, but nothing prepared me for what the doctor was about to say. I always believed we had a loyal relationship with a lot of good qualities. But I didn’t know it would be shattered in seconds.

Does an STD always mean your partner is cheating?

“Mr. Goyal, you must prepare yourself for what you will hear. What your wife has, it has been transmitted to her via sexual intercourse. We need to get some more tests done to understand exactly what it is. I still can’t fathom whether it is life threatening for her or not. I will refer the patient to a specialist now and I suggest you get the following tests done as well.”

As far I knew we always had a fiercely loyal relationship, so how did this happen? I was totally at a loss. When did she have intercourse with someone else that she contracted an STD?

My head was reeling with questions. I had always heard about sexually transmitted diseases, but I did not know I would have to deal with my wife having it. Then the thought of my own tests was terribly stressful. 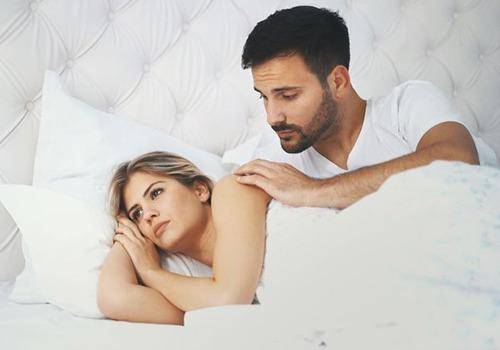 Loyal relationship, so how did this happen? Image source

I couldn’t handle it so I went to the shrink

After I heard the doctor, I couldn’t go home. Sexually transmitted disease means she has had sex with someone else apart from me! Who was he? Was she in love with him? Would she leave me for him? Was he better than me in bed? These thoughts kept plaguing me. When did our loyal relationship fall apart like this?

Looking back, since her life expectancy was being doubted, I should have worried about that. But at that point of time, it didn’t strike me as hard. Shikha was not exclusively mine and God was punishing her for it. I wanted to call her and not call her at the same time.

I broke my phone in anger and went to a bar, dousing myself in a couple of beers. Better sense prevailed after a few hours and I found myself sitting in a shrink’s office. I needed professional help to get me through this.  I had decided that while sitting in the bar. 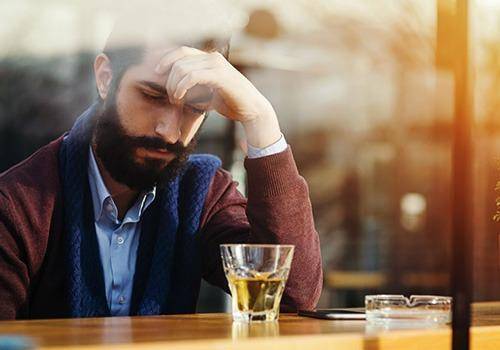 Sitting at a bar trying to overcome the problems Image source

I never mentioned another man to Shikha

I didn’t mention the other man to Shikha when I first told her about this later that evening. I was calm and I still am calm. It’s just been three days and we are going through the tests and the doctors. She is my lawfully wedded wife and I need to fulfil my duties. I don’t want her to die. People make all sorts of mistakes. My next session with the shrink is next week. I don’t know what’s going to happen next.

I look at Shikha when she is sleeping. She looks so vulnerable and weak. She can’t really fathom how much I love her, and perhaps it’s my fault that I wasn’t able to make her realize this. We always had a loyal relationship, but somewhere we must have drifted apart as husband and wife. Otherwise, how could this have happened? Wonder who that man is. I wonder how my life will be if she leaves me. I wonder what will happen if she dies. Thank God we don’t have children. This is the only silver lining in this dark cloud.

Why she prayed for his well-being while cheating on him

You have really shown ur brains and needs to be appreciated. The only reason she drifted away is she does not love u. Anybody who loves partner and belief in marriage will not do such activities which hurts their partner and damage the relationship. In your case, it is only one sided love I.e you loved her but not she. Had she not contracted the disease she would not have been exposed for ever unless she confides you. In your case , against her wish, destiny has forced her exposed. This is a typical mentality of a cheater. Cheating wives have typically below dynamics which will give some perspective.
1. Cheating wives think they have taken all precautions and there is no way that their husbands come to know about their cheating. They basically think that Ghar ki chor Ko God also can,t catch. They act drama of love and loyalty at home.
2. They require husband as slave or worker at home to showcase to the society that they have husband and family, to take care of family stresses, when wife falls I’ll to serve her in hospital, to clean the shit whatever wife received during sleeping with other men outside of marriage, when wife looses her youth with age and no more attractive to other men, she needs husband to sleep with and finally as youth fades away, diseases invades, she needs support from husband. That is why cheating wives never leaves marriage but shamelessly without self respect and dignity sleeps with other men outside of marriage either through affairs or through one night stands. They are like parasites and heinous than warms in the stool.
3. Cheaters ar basically highly selfish with lust , shameless, have no self respect, no dignity, honesty and loyalty. For them these have no value and like a raw vegetable throw them at their wish. Hence they will not leave marriage but continue cheating like warms in the stoll

Mistakes can be forgiven. But not cheating. Can a murderer be forgiven either for one murder or series of murders ? Because of these cheaters loyal spouse has to undergo shame, mistrust and betrayal for life long which is heinous than murder. Cheating is conscious decison made and not a mistake.
You are not alone like this. There are many wives who cheat their husbands shamelessly and yet act drama of love and loyalty at home so that no doubt ever comes into their husbands mind.
In this case, she is already suffering for the deed she did. Once she recovers, husband should speak to her and get her emotions and truth out decide on appropriate action. One May forgive, but it is difficult to get what she has done to him for the life.