The caste system and the associated cleavages are deeply embedded in the Indian society. Caste influences every aspect of the lives of Indians. One such aspect is marriage. It is generally upheld that one should marry a person belonging to the same caste because in this way the marriage will be accepted by not only the parents and the family but also by the society at large. An inter-caste marriage, on the other hand, is considered to be a shameful deed which just humiliates the entire family. But this perspective is changing and nowadays people prefer inter-caste and inter-religious marriages.

What are inter-caste marriages?

This kind of matrimonial union takes place when two people belonging to different castes fall in love with each other and decide to get married. They break the barriers of the caste system and come together to show the world that love knows no bounds. According to the Indian Human Development Survey, only 5% of marriages in India are inter-caste marriages. This shows that inter-caste marriages in India are still challenged and highly stigmatised even in the 21st century. 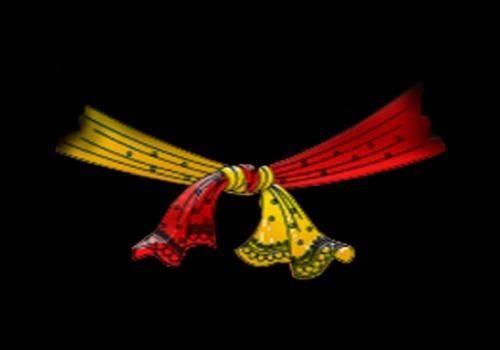 Why are inter-caste marriages not accepted?

Despite the claims, we make that we are modern and things such as caste, religion, economic status etc. do not bother us, deep down in our hearts we know that these things can never really be ignored. This is more so when it comes to marriages. Inter-caste marriages are not accepted in Indian society because of the following reasons:

By rejecting inter-caste marriages, the evils of the caste system are still being maintained. Fissures and the divide between various groups in the society are widening. Ultimately, national unity is getting threatened by not approving inter-caste and inter-religious marriages.

We have achieved high levels of growth rate and we have been even successful in removing some form of inequalities in the society. We have made path-breaking developments in technological fields and helped achieve equality in the form of education for all. But these achievements are of no use when cleavages associated with castes and religions still form the basis of our society. That is why inter-caste marriages still face so many issues.

Two people in love with each other are not allowed to be together just because they belong to different castes – How can we call India a progressive and modern country then? The need of the hour is to deal with the challenges faced by inter-caste marriages in the country in a manner that love triumphs over the evils of the caste system. Knowing the problems faced by inter-caste couples is one step in this direction.

Here are the 15 common issues that inter-caste couples have to handle.

1. The couple is disowned by the families

This one of the major issues faced by people going for inter-caste marriages. The couple who show courage to marry each other, despite the disapproval of their families, have to say goodbye to their families forever. They are disowned by their respective families, who cut off all ties with the couple. The conservative values and principles become more important to the families instead of their son or daughter.

2. The couple is ostracised by the community

Since inter-caste marriage is not well accepted in Indian society, the couple has to face a lot of societal pressure. No one will support the couple, especially if they have married without the approval of the parents. While renting apartments, landlords might create an issue regarding the inter-caste situation. The couple may have no friends and no relatives may come forward to extend any help 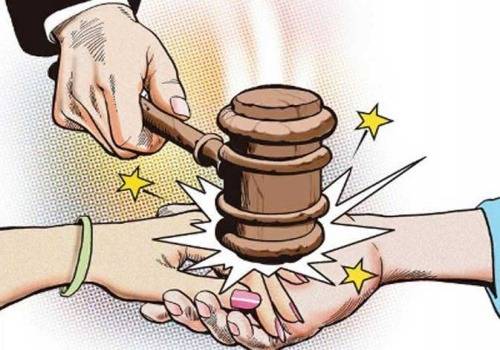 4. Lifestyle differences are difficult to cope with

The partners will have different lifestyles and cultures since they belong to different castes. This means that they have to adjust and accommodate these differences. A majority of the couples fail to do so, because of which arguments and fights become a common phenomenon among couples.

5. Continuous interference of the family members in married life

Even if the families approve inter-caste marriage, one notices that there is continuous interference of the family members in the life of the married couple. They try to impose their family and caste norms on the couple at all times. Under such pressures, the love usually takes a backseat and the couple finds itself engrossed in caste politics.

6. Superiority complex may damage the relationship

One of the partners might think that his/her caste is much more superior and better off than the caste of his/her partner. This will create a superiority complex in the person and he/she might start treating the partner in a degrading manner. Over some time, this may lead to resentment and eventually break the marriage.

7. Survival becomes difficult for the couple

Honour killings have become extremely rampant in the country. The National Crime Record Bureau statistics place the number of people killed in the category as 251 in 2015. Mind you, these are only the reported cases.
Therefore, it is obvious that the couple will live in constant fear, as their survival will become difficult.

Related reading: My parents will not agree with my inter-caste marriage to the man I love

8. Financial issues are faced by the couple

The couple is left to fend for itself. They get no support from their families or friends. Some of the relatives even create obstacles when the couple tries to earn a living and live their life on their own. Due to all this, financial issues are faced by the couple, which leads to further emotional strain on the alliance. 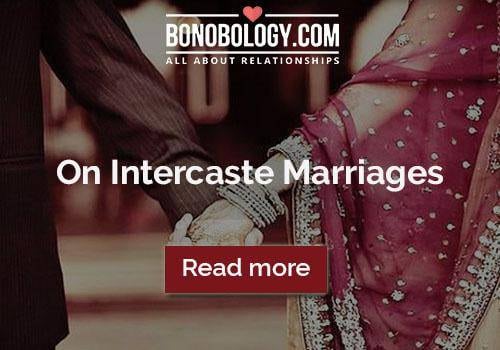 9. Professionally the couple has to suffer as well

Many times, the couple has to suffer professionally as well. The inter-caste marriage might not be accepted by the respective offices of both the partners and the workplace people might treat the partners with hatred. One may face harassment in the working space and may have to quit on unethical grounds too.

10. The couple has to listen to taunts regularly

After marriage, the couple has to listen to taunts regularly. Despite accepting the marriage, the relatives and friends look for ways to insult and humiliate the couple. For instance, the wife is always criticised for her dress sense, her looks, etc. by the mother-in-law, grandmother-in-law and aunties in the family. An inter-caste marriage might be successful but there are no avoiding issues like this. 11. The couple might have disagreements when it comes to raising children

Disagreements might take place between the couple on the issue of raising their children. For instance, there will be a difference of opinion regarding which religion or caste the children must follow and so on. What festivals should be celebrated, what God to be worshipped, what cultural ethics to be imparted – and this may take a toll on the relationship.

12. Instability in the inter-caste marriage

The chances of an inter-caste marriage breaking are very high because there is a constant difference in attitude and interest among the couple. Add to that the other social pressures which can mar the love. Therefore, the married and family life of an inter-caste couple is usually considered to be very unstable. 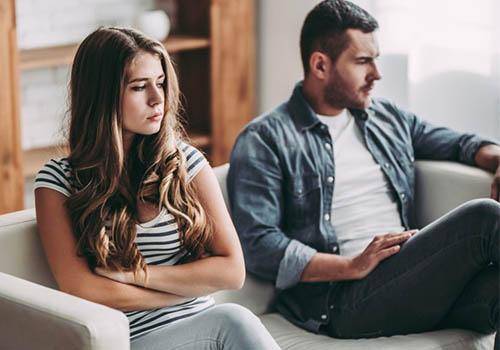 The couple not happy in inter-caste marriage Image source

If the inter-caste couple is unable to live up to the expectations of each other then the couple is bound to regret their decision and blame each other. As a result, the couple will get frustrated and remain unhappy with each other.

14. The children of the inter-caste couple also face discrimination

The children of the inter-caste couple are always in a dilemma of which caste or religion they belong to. Even when they are asked, they fail to give a clear-cut answer regarding this, due to which they are treated differently by other people.

15. Inheritance related issues are common in an inter-caste marriage 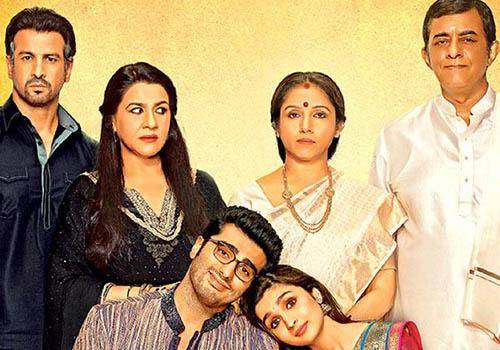 Related reading: When you can date anybody but marry only within the community

Coping tips when you have an inter-caste marriage

The couple has to be liberal in terms of accepting new ideas and adopting new habits. Perform your respective rituals and traditions in the house and give the freedom to your children to choose which religion or caste they want to follow. Raise your children in such a manner that things like caste, religion, etc. do not hamper their growth and development.

We hope that one-day inter-caste marriage gets accepted by the Indian society and paves the way for national integration of the country. It is high time we leave our narrow mind-sets and prejudices behind and help our country progress, in the true sense of the term.

How to convince parents for love marriage without hurting them?

This is how the Indian marriage market works

8 Relationship Problems Faced by Couples with a Huge Age Gap

13 signs he disrespects you and does not deserve you

What Is the Best Age Difference For a Successful Marriage?

Wanted: New-Age Indian Husband! Requirements: To Lead and Follow Too!

I am now the stay-at-home dad and my wife the breadwinner; and we are making it work

She had a better job, surely she had financial independence?