Do you Have to Have Sex when You Are Dating? We Have the Answer

The idea of being owed sex stems from the privilege men have in society. Coercion for sex while dating is not just bad it’s violation of basic human rights. Granted, sex in relationships is important, but not important enough to think that it is a must to have sex from the moment you are dating. “But I bought you a nice dinner. Surely you can return the favour by giving me a good time”. That toxic masculinity dripping from every word is what makes women scared of dating. Accepting a drink at the bar or pub, doesn’t mean you owe them sex. Going out for dinner or the movies doesn’t mean it would end in sex. How many women have landed in a situation when an invitation for coffee at home was interpreted as an invitation for sex? Feeling pressurized to have have sex is the worst thing that can happen to a woman.

If someone doesn’t want to be kissed on the cheek after a date, take a hike. If you have been dating for months, and your girlfriend is not comfortable in “taking it to the next level”, she is not being a prude or a tease. Male entitlement in dating stops with a “NO”.  If your advances are not appreciated take a hint and step back. The encouragement men get to ever thinking they are owed sex for just being a man is shocking. We have all faced it, lived it, smacked off a man’s arm off our knee, yelled, cried, reported – all seems vain when most men do not have the intelligence or common decency to accept a polite answer. Being coerced into sex is a relationship red flag and an absolute deal breaker. 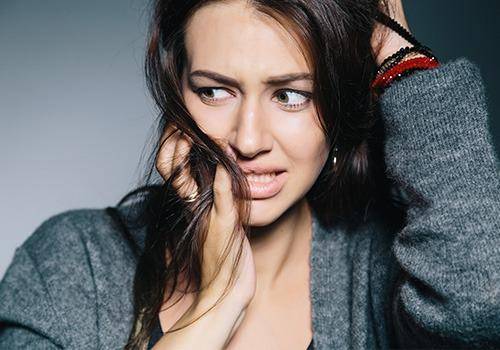 So what do you do when your choice is not respected enough?

There are steps you can take to ensure that men do not ever think that you owe them sex. You have to mentally condition yourself to know how to deal with men when they come to you with their expectation.

Ensure you are doing these.

Do not give importance to his ego

It is easy to say that men’s ego is fragile, which when broken makes him see red. There is too much undue importance attached to ego when it comes to that of men. (Of course, not all men have eggshells for their egos.) The deep entrenchment of toxic masculinity into society empowers them and provides the audacity to question the validity of women’s consent to sex than men’s persistence for sex.

A lot of men believe if they persist long enough, women will finally say yes. And a lot of women do. Some out of frustration. Some say yes because they do not want the relationship to end.

You do not owe an explanation for your “No”

Men want reasons for the “No”. They want solid explanations for not being given sex. Apparently, “I don’t want to”, “I do not feel comfortable” is not solid enough. Attempts to rape are often seen as revenge for the hurt ego; the reason why many women just “go along with it” instead of liking it. The fear of sexual violence can be found everywhere. But no one should be able to coerce you into doing something you are not comfortable with. It could be drinking, smoking, dancing or sex. You don’t owe anyone any explanation for why you are not doing it.

Dating is not a transaction make it clear 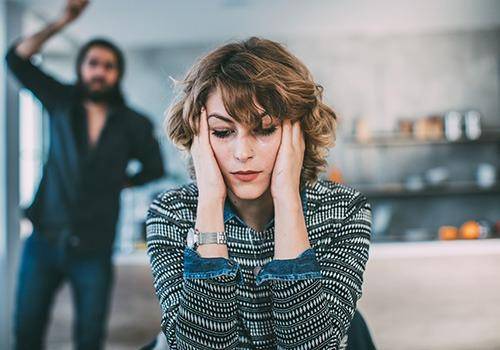 Walk out before his demand mentally supresses you Image source

If you are being constantly told you owe them sex because you are dating, don’t ignore the red flags in the relationship.

Many men believe dating is a transaction. He spends money on her, so they are entitled to sex.

Physical intimacy can only come with a comfort level that you achieve mentally. Unless you have reached that level you cannot rush it. If your man feels that the word “dating” comes with the given that you will be physically intimate at one stroke then just make it clear it’s not going to happen. This is also a great way of finding out his true intention.

If you have consented to be a “friend with benefits” then it’s one thing but if friends end up feeling that the friendship can lead to some good time in bed then you just need to put your foot down.  Irina, 25, had a friend coming into town from Bangalore. In a span of a telephone conversation, she learnt the friend wants her to stay in the hotel with him. When she said she could not, his response was, “Don’t worry. First night we can just talk”. Shocked and repulsed, she tried to make him understand that she was not interested in him sexually, to which he replied, “But I am”. In the length of the conversation that went on for about 45 minutes, he went on to tell her that he would be coming to town for her, that he liked her a lot, all the while trying to convince her to turn her NO into an YES. Needless to say Irina stuck to her no.

Do not cave in

Do not cave in, no matter what. It is not called being a tease it is exercising your right to choose. In a relationship, if your man is hanging his need to have sex like a carrot over your head, remember you are not a bunny, you are a woman. H is constantly asking when you can go to bed it’s another relationship red flag. Throw him and his hyper masculinity out before it mentally supresses you. Never feel pressurized by your partner to have sex

Remember: It’s never too late to change your mind and back out.

No-to-sex is seen as a personal rejection and saying no might lead to a heated conversation. No matter the cost, stick to your decision. If it ends the relationship then good riddance. While you are walking out, educate the ignorant prick about a thing or two about consent and choices. Entitlement comes from superiority, something men thing they are born with. But women are entitled to their feelings, so bhaad mein jaaye men’s entitlement.

Myths about sex most men believe

Kabir Singh is Wrong! I Slapped My Wife and I Regret It every single moment

Good article. Many guys pretend and use the women whom they are dating or show different colour after having the women in bed for couple of times. Sex is related to intimacy and expression of love when both partnerers are matured and connected with each other. Never come under pressure come what the situation. The worst consequence is the relationship may end that’s all. It is better to end that kind of relationship with that kind of guy rather than being used by that guy. The guy who can’t respect women’s decision and can’t understand her emotional sensitivity for NO to sex is worthless as a partner to have him. Better is don’t involve in sex unless relationship gets converted to marriage. To days world is filled with max. Cheaters. Beware and.protect urself.