Kabir Singh: Would you Love A Man who Slaps You and Decides Your Clothes? No actor of this generation can match up to the level of intensity and emotions displayed with full conviction by Shahid Kapoor in the movie Kabir Singh. The star should take a bow for his acting prowess. Someone, please give him every single award out there. Kabir Singh is the remake of the Telugu movie Arjun Reddy by Sandeep Vanga.

Having said that, let’s focus on Kabir and his relationship with Preeti (Kiara Advani), a love that has kicked up a lot of dust.

How Kabir Singh has his way with his love…

He sees Preeti in college and is immediately so besotted that without even knowing her name goes to a class and announces that she is his bandi (slave) and that no one should stake a claim on her. She does not protest.

Her consent is immaterial. She meekly falls in love with him, though that is not the point. He chooses her friends for her, shifts her to the boy’s hostel after an accident without asking her, and tells her to wear clothes that cover her up.

Isn’t this a case of toxic domination? When her father rejects him outright, he is so enraged that he slaps Preeti and gives her six hours to take a call.

When she gets married to someone else he becomes a chain-smoking alcoholic who loses himself further in a spiral of substance abuse, self-destruction and sex addiction a la Devdas. Preeti doesn’t utter a word in the first forty minutes of the movie. A demure, meek and submissive character, who thinks that telling her parents that she was naked with Kabir proves their love. With my pea head, I sense Kabir Singh as a misogynist, irresponsible man with a patriarchal mindset. 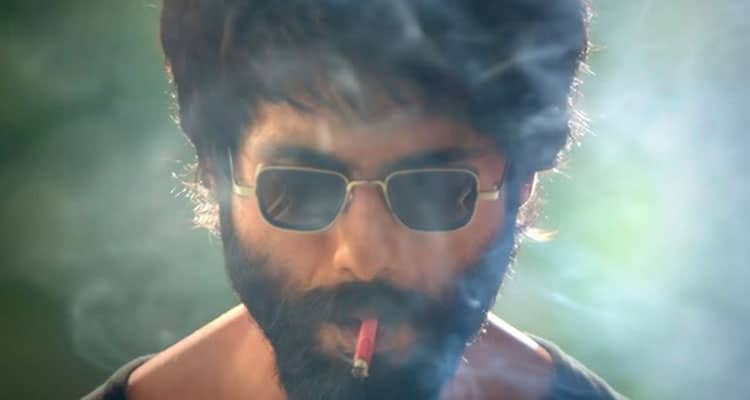 For the sake of argument, let’s say that the characterization of Kabir was not right.

The negative traits are applauded, the positive traits are overshadowed. His anger when the movie star was being treated differently, his decision to not lie to save his career, his withdrawal from a woman who proclaimed her love for him, shows his honesty and passion.

He was a topper in his medical college, has performed several successful surgeries but that is quickly forgotten.  What we are shown more is a guy disrespecting everyone, beating someone senseless, drinking to death or treating some girl like she is his property. The support system he has in his friend and brother and grandmother is to die for. What I would do to have a friend like Shiva!

The redeemable quality of the film is its music. In this era of remakes, it came like a breath of fresh air.

What’s the worst thing about Kabir Singh, the movie?

In the name of love, it glorifies violence, self-destruction, emotional manipulation, and all kinds of abuse. Will people mimic this in their real lives? Yes. Has this happened before? Sadly, yes. The protagonist is flawed and not perfect. Why should your hero be Rama all the time? So am I saying that films should not reflect reality? If negative characters could influence people to become bad, then how come positive characters do not immediately reform society?

Some loved it, some panned it

Kabir Singh has evoked extreme reactions on Twitter. On one hand, they’re saying ‘it’s just entertainment why are you taking it so seriously’ and on the other hand it is criticized for ‘it celebrates toxic masculinity’. Some don’t want to watch it because stalking can never be justified (in case you have forgotten Dharmendra stalked Hema Malini in Sholay). Whereas some find it so beautiful that it made them cry! Critics have panned it and the masses have loved it. What does that tell us?

He’s married, I’m single and here’s how we are “just friends” in the most special way

The Sexist Dialogues in Bollywood Films

How to build your profile on dating sites