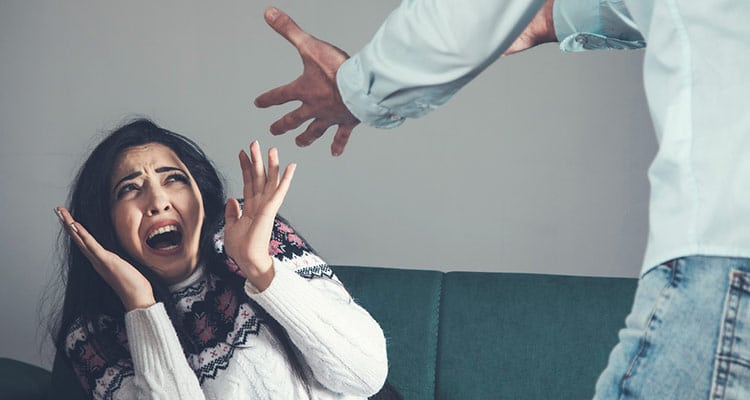 I knew from the start that escaping my abusive relationship was going to be tough and that the decision to do so was just the first step. I had to keep going. I’d been tolerating the mental, physical and sexual abuse for four long years and it was no longer just my life that was at stake, it was also my son’s. Of all the abusive relationship stories I’d heard, I never thought I’d have to go through something similar.

How I Escaped From An Abusive Relationship

For the last four years my husband, under the daily influence of liquor, had been mistreating (a very mild term) me. Why he did it, was his psychological problem and not my fault, something I understood much later. That I tolerated it was my fault. I kept taking the battering, the taunts, the yelling, the shredding of my self-esteem and the marital rape. I lost my job and started taking home tuitions in an effort to preserve some independence and sanity.

In fact, I accepted it as my fate. I kept telling myself that he loved me, that he was insecure, that he was disturbed due to professional failures. I never thought I’d have to learn how to get out of an abusive relationship since the domestic abuse stories I’ve heard in the past were just stories to me. The fact that they could turn into my own reality never occurred to me.

I was under the misconception that he would stop when he stopped drinking and that he would keep his promise this time. All excuses because I was afraid to leave. He blamed me for provoking him and sometimes I even believed that it was my fault.

Women in abusive relationships often follow the same victim response cycle; bewilderment, then denial, acceptance, self-blame with hope thrown in. Then comes the ‘honeymoon’ phase where everything becomes fine, he apologizes, makes love, shows love and all is hunky-dory for a few days. And then it starts again.

I was too scared of leaving, even though I knew I should. I was scared of what my husband would do to me or my child If I left. I couldn’t wrap my head around how to escape an abusive relationship, until one day I knew I had no other choice.

Related Reading: We Have An Uncontrollable Drunk In Our Family – My wife

My abusive relationship was affecting my child’s life

One day I got back from work to find my son back from school, lying on the sofa, still in his school uniform, hungry. My first thought was that he was unconscious and hurt. Thankfully he was only asleep from hunger and exhaustion. His father was sprawled on the floor, beer bottles strewn around. This was the final straw, this was when I decided I wasn’t going to let my life turn into the kind of abusive relationship stories I’ve read up about online.

I had to run. Run for my life. Run for my child’s life. And I did, with barely some clothes and petty cash. Only my son’s schoolbooks, bag, and uniform. I grabbed the scooter keys and my hastily packed bag and ran out of the door. My son was already standing near my scooter with his school bag and essentials packed. We had stealthily slipped those out during my husband’s drunken stupor.

I handed the duplicate key to my father-in-law, who would use it to open the door later, and slipped out with my keys. All hell broke loose as soon as I locked the door from outside. He first started banging the door and then shouting obscenities and threats over my head from the balcony. The 8-year-old was terrified but we drove away…away to freedom from violence, sexual abuse and oppression.

I went to my parents’ place. Needless to say, they were shocked. My family, just like me, never thought the domestic violence stories they’d heard would ever happen with me. My brother cried like a baby first. Then he and my father wanted to set out to deal with my husband. I stopped them because I believed that it was useless. Now I wanted to concentrate on my life, I wasn’t going to let my abusive relationship story end on a bitter note.

Related Reading: When I Decided To Walk Towards Freedom After Facing Abuse

Healing From Domestic Violence And Rebuilding My Life

I severed contact with him and continued working and started looking for alternatives. I went on to complete my master’s and kept looking for job options. After a month I had found a well-paying job. Meanwhile, I worked out a system whereby he wouldn’t be able to snatch my son from school or while commuting. I put a few numbers on speed dial and worked on my physical and mental health. To lose the weight I had gained, I started walking every day. I started looking for my old friends and making new ones, prepped up my wardrobe, and started going out (something I had stopped because I was ashamed).

I literally rediscovered myself with the help of family and well-meaning friends. Today I am happily remarried, to a Navy SEAL. One should never give up hope. Abusive relationship stories sound disheartening and discouraging, but there’s always light at the end of the tunnel. When you have decided you will not give up no matter what, nothing in the world can stop you.

My child is happy and secure again. He sees a better life and we have developed a bond that is strong and healthy. He has grown up to be secure and didn’t need any rehabilitation. I’m truly proud of him.

I still have carry scars of the mental and physical torture on my mind and body, but I forgave everyone. I am responsible for my own well-being. Nobody could have helped me if I had not decided to fight. In this case, the battle began after escaping. Running was only the first step. I am a proud warrior.

1. What’s an example of emotional abuse?

Examples of emotional abuse are verbal abuse, gaslighting, causing fear, belittlement, making you feel worthless. Emotional abuse can take a huge toll on anyone’s mental health and is very commonly found in a toxic relationship. Gaslighting and insulting remarks from your partner will make you question your own self-worth and thoughts.

2. How do I trust again after domestic abuse?

Learning how to move on from domestic abuse is a combination of therapy, determination, and discipline. To be able to trust again after you’ve been through domestic abuse, you need to heal yourself from all the trauma you experienced. Know that you deserve only the best and figure out what you want from your next relationship.

Trusting someone again after domestic abuse will take time, so make sure to go at your own pace.

What an amazing lady. Such grit and determination.

Such a harrowing account, but yeah though the woman shows persistence often the support systemaround her also determines the consequences ????

She took the rose