A sharp and insistent poke on my back woke me from my sweet slumber. Confused, I groped in the dark, rooting for the offending object. I wanted to turn around but couldn’t, as there was no room to manoeuvre my body from my usual sleeping-on-the-left side position. I rose, struggling to stop myself from falling off the edge of the bed and groped among the blankets again. The offspring had found his way into our room yet again, occupied his choicest spot in the middle of our bed and slowly poked his way into making space for himself. The husband had slid towards the other edge only to be hindered by the other offspring.

Too many to be comfortable

Two is company but four is a crowd. A wave of weariness swooped on me, forcing me to fall back on my pillow, which was half outside the bed. This noble attempt of going back to sleep was hampered by the offspring who had by now turned and occupied the entire space on my side of the bed.

Related reading: How sleeping in separate bedrooms made them a better couple

I stood up and dragged myself to the children’s room, closing the door behind me on the face of the dog who attempted to follow in the hope of a midnight snack. I fell on the welcoming bed, devoid of children, husband and dog. For the first time in many months, I slept peacefully for the rest of the night.

When I first read Rebecca, I marvelled at the separate suite of rooms the husband and wife occupied. This concept was a novelty to my limited understanding of how marriages work. In the Victorian era, the concept of personal space applied in particular to the rich folks and their homes had separate rooms designed for husband and wife. 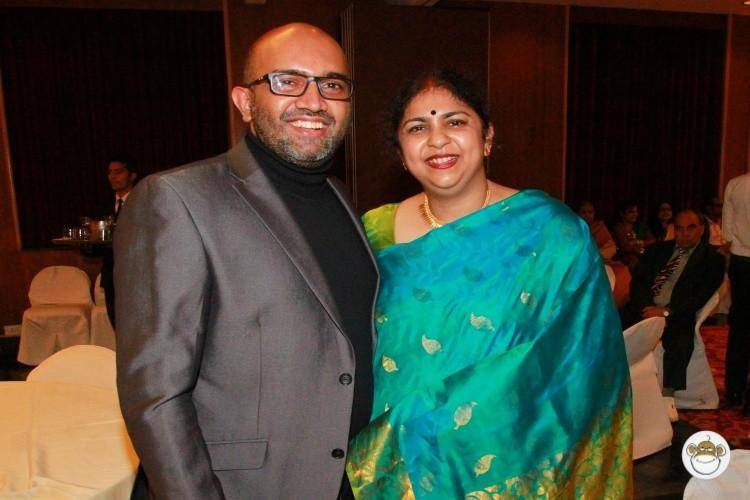 Closer home, I often judged my grandparents for sleeping apart. Grandfather hated the fan. It gave him a sore throat the next morning. Grandmother wanted the fan at full speed. Instead of battling it out with her husband every night, Grandma preferred to sleep in the next room.

I often wondered why they never sorted this issue in an amicable manner rather than preferring to give up on their time together. Well, I was naïve. I believed every problem has a solution.

I always took sleep for granted. During childhood, I never slept during the day. Night-time rest was sufficient to carry me through the day, even today; any moment during the day lost in sleep is a colossal waste of precious daytime according to me. Falling in love never gave me sleepless nights. However, after the children were born, I learnt what sleepless nights really meant. I was forever on red-alert after children.

A tiny cry, a slight creak of the door, the sound of the air-conditioner, a movement on the bed and the musical snores of my husband. They were all eardrum-shattering sounds in sleep.

When I tracked my sleep pattern on my fancy Fitbit, I learnt of the poor quality of sleep I had every night. The bar graphs indicated several restless sections and many minutes of wakefulness.

The importance of a good night’s sleep

I read up several articles on the importance of sleep. I learnt that poor sleep quality makes the brain sluggish, affects performance at work and slows the weight-loss process. A nap re-charges the brain and improves performance. I spoke to several new mothers and each one talked about their biggest fantasy post children. A hotel room, pristine white lavender scented bedclothes, low lighting, a prominent do-not-disturb sign at the door and at least 15 hours of uninterrupted …

“Sex,” I mouthed completing their fantasy before they said it aloud.

“Sleep.” They glared at my obvious ignorance. “Alone,” they added for good measure.

Now it made sense

For the first time I appreciated the wisdom of the Victorian noble class. It made sense to have separate rooms to ensure they had a good night’s sleep. To greet each other the next morning with a clean slate, free of resentment towards the spouse who might have snored, released bodily gases or slept diagonally, thus causing a sleep deficit that would build up each night.

That night I hatched an evil plan. I wouldn’t wake the husband if he fell asleep after his nightly duty of plonking himself in the centre of the children’s bed and bonding with them over boys’ chatter until they fell asleep. Instead, I would fall deliciously asleep while reading my book and for once, enjoy the luxury of not having to get up and do my wifely duty of bringing the husband back to our room. I would sleep as if I am in the hotel room of our fantasy and not pay a rupee in exchange. I would have my uninterrupted 8 hours of sleep, for once.