India’s foremost epic, the Mahabharata, continues to be relevant today. Here are some relationship lessons we can all draw from it.

1.  A love that turns blind

Dhritarashtra and Gandhari never reprimanded their unruly son for his contemptible behaviour and shameful acts. Result – a callous, gullible, egoistic, proud and vengeful man who dared to publicly humiliate Draupadi by passing orders to disrobe her.

Parents are a child’s first teachers.

Love your children, but also guide them to become better human beings.

2.  A love that extracts obedience

For children, obedience is an act of unquestioned love and reverence for their elders and parents. But how far should children give in to this demand? Certainly not at the cost of their own happiness and well-being or at the cost of justice and equality.

Bhishma sacrificed the throne and his marital bliss for Shantanu to remarry. The Pandavas agreed to marry Draupadi even though it was against the sacred law, only because Kunti’s word couldn’t be broken. 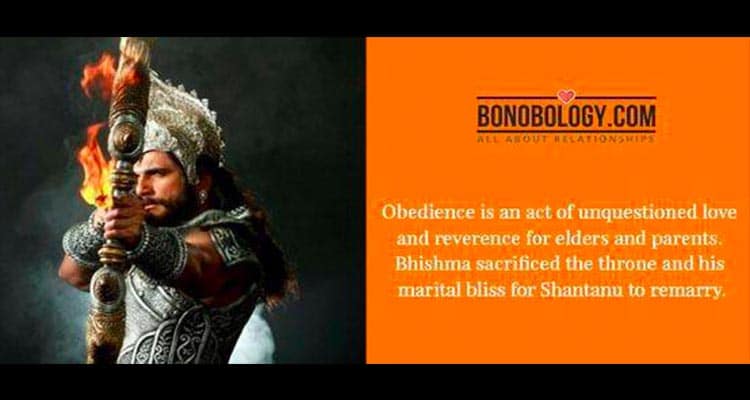 3.  A boy and a girl can love each other as friends too!

But the unconditional love and friendship of Krishna and Draupadi will change your views. They were each other’s confidants, protectors, advisers. Once Krishna had hurt his finger after fighting with Shishupal and Draupadi had immediately torn a piece from her sari and bandaged his finger. Krishna repaid the kindness manifold by blessing her with endless fabric in the Kaurava court.

Draupadi and Krishna loved each other as friends and no superstition or rumours could affect their equation. 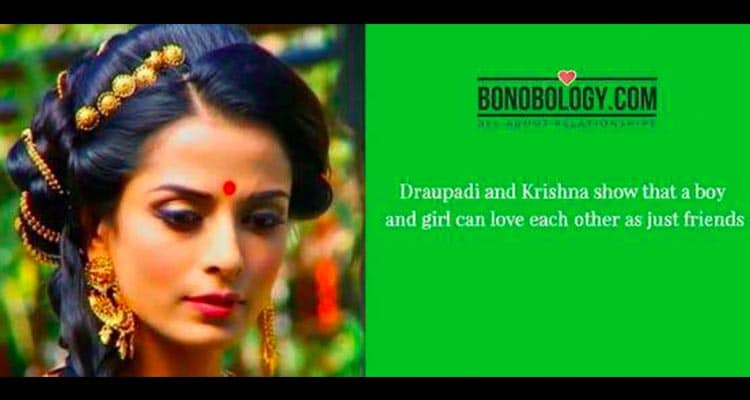 4.  Sexual love is as important as platonic love.

Mahabharata depicts the desire to love and be loved as the basic instinct of almost all major characters. This love includes all the three dimensions of sexual, emotional and spiritual gratification. Far from being considered a taboo, having sexual desires was deemed natural and men and women equally indulged in its pleasures. Or why else would a rishi break his celibacy to make love with Satyavati? Why else would Urvashi curse Arjuna to be a eunuch for a year? 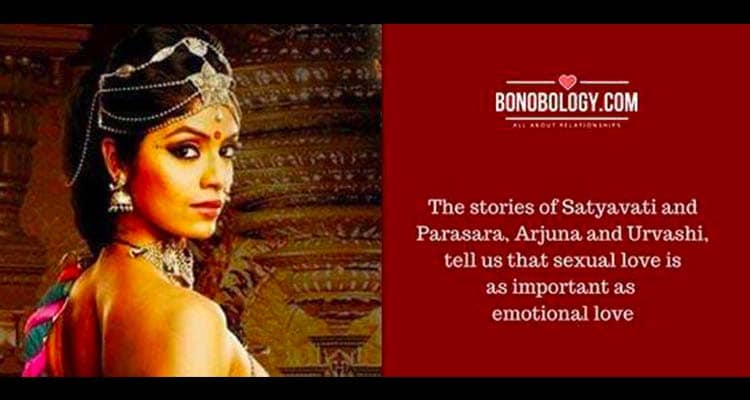 Related reading: How the story of Kama and Rati reveals India’s forgotten celebration of love

True love stands the test of time, misfortune and external temptations. It does not break or give in to tempests.

When king Nala lost everything to gambling, Damayanti followed him to the forest. Broken and guilty, Nala abandoned his wife in the forests with the hope that she would return to her father’s kingdom and thus be spared of suffering. Damayanti, however, resumed her search for Nala instead. After years of pain and separation, with her love and determination she was able to find the love of her life and restore him to his kingly self.

In spite of knowing that her husband would die with a year’s span, Savitri, a princess, chose to marry Satyavan, a woodcutter. And when Yama took her beloved away, Savitri followed him. With her undying love, determination and intelligence she outwitted the god of death and won her husband back with a clever boon.

Do not give up on your loved ones too soon. 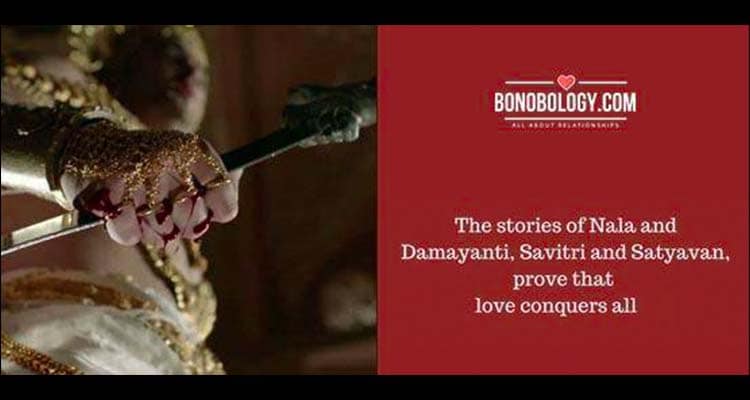 6.  Wherever there is love, there is heartbreak

Heartbreak and pain, though never asked for, comes in some form or other in every relationship. It is inevitable.

Pururava, a mortal, fell in love with a river-nymph, Urvashi, and asked to marry her. After a short-lived blissful conjugal life, due to the trickery of Indra, Urvashi had to return to Amravati (abode of gods) leaving behind a heartbroken, mad and weeping Pururava on earth.

We all know how history repeated itself. Ganga similarly left a heartbroken Shantanu. 7. A love that knows no gender

Budh, lord of planet Mercury, was born from the seed of Chandra and raised in house of Brihaspati. Furious by wife Tara’s infidelity with Chandra, Brihaspati cursed Budh to be neuter in gender. Budh was heartbroken since he felt that he would never find his love. But as fate willed, Budh fell in love with a woman named Ila. But Ila was also under the influence of Shiva’s spell and was neither a man nor a woman. Together they had a happy married life.

With the passage of time, people’s intolerance towards gender ambiguity grew and turned to the hatred that we now see spawning in our society. Always remember, there is wisdom in our epics.

Chitrangada: The Woman Who Changed Gender to Marry Arjun

Medea, the woman who killed her own children