“My guy ignores me after a fight. why? Is this what your problem is? How does ignoring someone after a fight solve the problems? How do I talk to him about the fight now that he is ignoring me? Is it over between us just because we had a nasty fight? These thoughts may have often crossed your mind and you can’t help but wonder why does your guy ignore you after a fight? Let’s figure it out.

Why does a guy ignore you after a fight?

Being ignored by the person you love the most is the hardest thing to deal with. This tends to hurt even more when your guy ignores you after an argument. However, it is natural that after a fight, he and you both will need time to settle down the emotional turmoil brewing in your heart and mind. It is probably this need of space that makes your guy ignore you after a fight. He may be taking longer to reply to your texts, or simply may not be answering your calls at all.

At first, it may seem like he is busy, but if its been a day or so and your guy hasn’t returned your calls, you are likely to be concerned.

Do not let assumptions like, “Is he going to break up with me?” Or “Is he not bothered about me?” hamper your peace of mind. Have you ever thought that your guy might be ignoring you after a fight to ensure that he does not hurt you or is waiting for the right time to approach you to make things right again? He probably is dealing with his own emotions and wants to sort himself first before he starts speaking to you. Chances are, your guy is ignoring you because of the below reasons explained in detail.

Related reading: Sometimes he treats me well but sometimes he ignores me, does he like me or not?

6 Reasons a Guy Ignores You after a Fight

Once you realize that it has been quite some time and your guy has been ignoring you after a fight, you must get to work. You should use all ways and means to understand, “Why he is ignoring me after the argument?” “What went wrong?” and “How can I normalize the situation?” At times, you may wonder if he is ignoring you for someone else, but that shouldn’t generally be the case.

Following are some practical reasons as to why a guy ignores you after a fight:

1. He is completely pre-occupied

You might be thinking that he is ignoring you because you two fought, but that may not be the case. It might be just what he is caught up with something really important like a work-related commitment or some other family matter. You just have to give it some time and not jump to conclusions, as it will only upset you in the end. 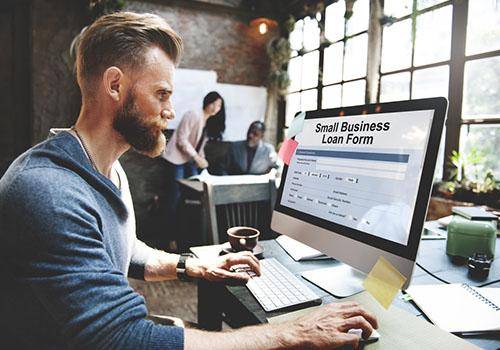 2. Need some time to reflect and observe the current situation

After a major fight, it is obvious that you both will be angry with each other and things might take an ugly turn if you both are not careful. In this context, to avoid the nastiness associated with fights among couples, he thinks it is necessary to ignore you to cool down and understand the current circumstances better.

Related reading: 8 Ways to Reconnect After a Big Fight

3. You did something to upset him

Because two different people have come together to share their lives, it is possible to dislike some of the habits, actions and words of your partner. So when you are thinking, “My boyfriend is ignoring me what should I do?” you need to take a step back and reflect on things you said and did during the argument. It might be so that you did something wrong or talked about a matter which is sensitive to him. 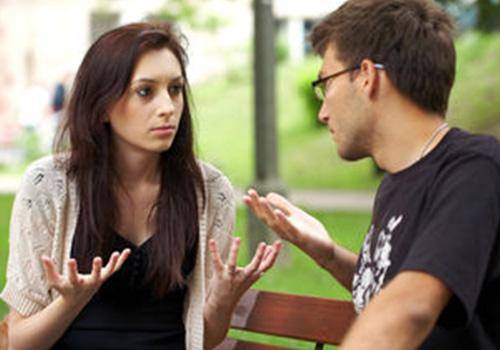 She did something to upset him Image source

4. Maybe he is clueless about the situation

Guys are usually the most clueless species on planet Earth because when a fight occurs they are generally nonchalant about the situation. They do not know what to do or how to tackle such a situation. There are cases where guys are inexperienced as to what to do after a fight like should they make the first move or wait for their partner to approach them and talk about the matter and get the things sorted out.

5. The lurking fear of making it worse

He is afraid of making things worse that is why he is trying to ignore you so that you both calm down first and then can resolve the issues mutually. He might also have a fear of losing you by speaking things unintentionally, which will only add fuel to the fire. 6. The issues/misunderstandings seem trivial to him

Sometimes, you might be fighting over silly matters and being fully aware of this your guy must be making efforts to ignore you. He will be doing this to ensure that you both do not fight over the same issue over and over again. It might be happening that whenever he tries to resolve things with you, the fight gets started again. So, he probably thinks it is better to keep such trivial matters at bay by ignoring you for the time being. 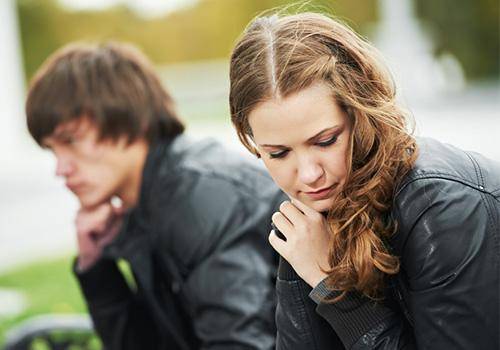 Misunderstanding between them Image source

Related reading: 8 fights every couple will have at some point in their relationship
After knowing the above reasons behind your guy’s behaviour, it is high time you devise a plan as to how to get his attention when he ignores you.

You need to play smart and ensure that you grab your guy’s attention at the right time so that misunderstandings can be resolved peacefully.

1. Have an honest conversation with him

Know exactly after an argument how long to wait to approach your guy and talk to him. If you ignore your partner and let things remain the way it is, it will only create more problems making your relationship’s future uncertain. It is, therefore advised to have a heart-to-heart conversation with him and to try to clear doubts and misunderstandings especially the trivial ones.

2. Try to accept your fault and apologize, if necessary 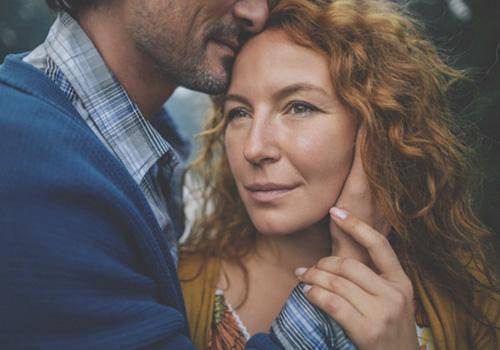 Analyse the situation and try to figure out the part you played in that heated argument. It is better to accept your fault and say sorry for the same, rather than playing the blame game with each other. Saying sorry without any feeling and sincerity will be useless. It is advised to say sorry when you feel sorry. Please be honest about this to your guy and above all to yourself.

Related reading: How to make up after a fight

3. Try to rekindle the love with dates and outings

Spending more time with each other can help gain the attention of your guy most conveniently. So after an ugly fight, look for ways to plan out dates and outings together with your guy to forget about the past fights and enjoy each other’s company to the fullest. Rekindling the spark and spicing things up will take both your minds off the fight and hurt. Spending quality time with one another is the only thing which will keep the relationship going.

4. Do things he likes, for example cooking his favourite food

Do things for him which will make him happy and will help you both forget about the fight which happened recently. Cooking food for him, buying his favourite piece of clothing, dressing up especially for him or helping him out in any way will make him realize that you are putting efforts to get things back on track. Complimenting him will also show that you care and you appreciate all that he does. So, ultimately he might stop ignoring you. 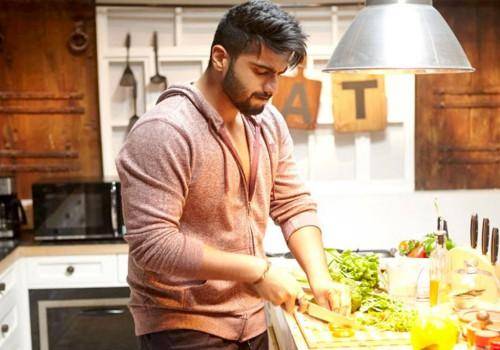 5. Show him the importance he has in your life

If a guy ignores you after a fight, you can choose to give him all your attention instead. Expressing your love without any inhibitions and showing to him that he is a top priority to you, will go a long way in mending your relationship with your guy after a fight. Eventually, he will realize he has been ignoring you – the one most important person in his life and he will confront you directly to resolve the matter.

Lastly, do not lose heart when you notice your boyfriend/husband ignoring you after a fight. Instead, make all the efforts to make your relationship with his work and be prepared to deal with such a situation proactively and wisely. Keep fighting, if you truly believe in your relationship!

The 12 Stages of Relationship Development – Explained

20 Simple ways to make a guy miss you