It was 2.30 a.m. when her call came, vibrating just beneath my buttocks. My husband was lying on top of me. He said the call was by mistake. That he doesn’t even know her well. But a picture of her, with her flowing hair, a nose ring and black aviators remained etched in my memory as he quenched his lust.

My husband was drunk and I didn’t want him to go on an argumentative spree or even turn violent. I remained quiet and faked calm. A storm was raging inside me.

I have had anger management issues and had been advised to practice deep breathing techniques and that is exactly what I was doing when my husband started his rant.

He wanted to prove to the world that it was the overtly emotional me who was the problem.

“I never had a problem when you came back at 3 o’clock in the night…” You didn’t take me or bring me back, you had asked me to do it alone.

“Two of your male friends had called you at night as well…” One call had happened eight years ago. A friend was fighting a suicidal urge and had reached out to me, knowing I was an insomniac. Another happened a few years ago, from a colleague. We had a presentation the next morning and he needed to finalise the project plan and my approval was necessary.

“Your ex who dumped you is a jerk. He is ugly too.” That guy was not even my ex. I’d liked him. It didn’t work out then. Plus, how a person looks is totally immaterial for me; it’s the heart that matters.

“You are fussing and fighting, you bitch. You are a maniac. A sociopath.” The incident had made me sad and I was quiet. I hadn’t spoken a word.

“Your brothers are show-offs and stupid.” One of my younger brothers is a successful doctor. He performs 7-8 surgeries a day. The other came first in his board exams. My husband is jealous and always attacks them, my pillars of strength.

“Your father is a sleazy man. He is a pervert who has had many affairs.” I have been scarred by my parents’ dysfunctional adulterous marriage and I had shared my sadness with my husband. 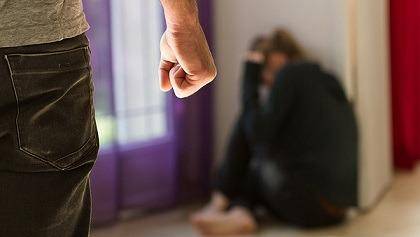 Did my father’s history legitimise my husband’s midnight or daytime ‘harmless’ flirtations?

Well, these are not even flirtations, technically, I guess. But we know and understand, when lines are crossed, don’t we?

I slap him and he quietens down for a minute or two. I often need to slap him to quieten him. He has never hit me directly but I have wondered if that is the only way to hurt?

It was not just her, the girl with a nose ring. I have often seen my husband become “extra comfortable” with my single friends, becoming a shoulder for them to cry on. And those women friends of mine eventually became jealous of me for having such a ‘nice’ guy. I have often cooled such friendships, as well.

I have no clue what my story is about, except that I’m an extremely strong professional woman, who is weaker than a plant tendril in her personal world.

At times when the fights at home become too much, I hit my husband, for he has this way of lashing out with hurtful words. This happens most when I am hurt. He emotionally arrests me at home. He tries in all manners possible to kill all my passions. And demeans me when he can. I deal with this by fighting. Our children are scared of the troubles at home. I can’t control myself after a point and my husband plays on that. To the world, I’m the one who fusses and he remains the cool customer.

On some nights, he wakes me from sleep – to have sex or fight. I am frigid, cold and silent most times. I often contemplate suicide. At other times, I go and quietly roll up a joint. I have taken to smoking marijuana in private.

I long for love, but I can’t trust any man. I have shut out that compartment that recognises love. I’m waiting for our children to go to college before doing anything drastic. Just four more years. Perhaps I’m waiting, hoping my husband will change. I’m not sure of anything, not even whether I don’t love my husband.

Naomi Ackerman has a powerful one-woman monologue on abuse. Here’s an excerpt you can watch.