It’s a strange feeling. Having to google signs of deception in a relationship. Some would say if things have come this far, it’s already too late. But you don’t give up on a relationship until it’s the only option left. You want to be sure what you see really are signs of a sneaky partner and not unfortunate misunderstandings. Being able to differentiate between the two can decide the future of your love life.

In their book, Keeping the Love You Find, authors Harville Hendrix and Helen Hunt discovered that about 75-90% of all couples experience some signs of dishonesty in a relationship. What’s more, an estimated 39% of all Americans have admitted they are willing to lie to their partners. Then why do most of us tend to ignore the signs of deception in a relationship?

Most times, couples just don’t want to admit when something isn’t working, whether it is money troubles, emotional disconnect, or sexual frustration. They might do it to avoid arguments or out of fear of jeopardizing the relationship. But deception affects relationships far worse than any argument ever could. And not admitting problems is self-deception which eventually leads to emotional dishonesty in relationships.

For some couples, the magic lasts throughout the relationship. For others, things only go downhill after the first few months.

This doesn’t mean the happy ones don’t have to deal with their share of problems. Every relationship has its ups and downs. The difference lies in whether you are honest in assessing the state of the relationship so you can improve it, or do you delude yourself into believing everything is just fine. The truth is, relationships will be difficult and challenging at times. And the worst lies in a relationship are the ones you tell yourself to run away from this truth.

What Qualifies As Deception In A Relationship?

To understand what dishonesty does to a relationship, we need to be very clear on what it really is. Not all lies are necessarily malicious. But there are forms of subtle deception that can be harmful to a relationship:

We all know having a sneaky partner is the absolute worst. But we must also consider that perhaps we are the one who has been displaying signs of dishonesty in a relationship. Oftentimes we try to hide our feelings and motivations because we want others to like us more than we want to be true to ourselves. It might not be intentional or self-benefiting, but it is deception nonetheless and the effects of dishonesty in a relationship, regardless of the intention, are always severe.

Related Reading: 11 Signs Of An Emotional Affair – You May Be Crossing A Line Without Even Realizing It

11 Signs Of Dishonesty In A Relationship

Dishonesty can be hard to spot in a relationship. Sometimes it’s because you don’t want to believe your partner is capable of lying to you, and other times you want to give them the benefit of the doubt. But there are ways to tell whether or not your partner is being honest with you.

The most obvious signs of lying are those that are direct and deliberate. This could be anything from covering the mouth when telling a lie, making sure the person being lied to isn’t around, or directly saying, “I’m not going to tell you.”

It’s also possible that your partner could be lying by omission. They know what the truth is but decide not to share it with you to spare your feelings or their own discomfort. Here are some signs of a sneaky partner that can help you detect dishonesty in a relationship.

1. Lying about little things is one of the major signs of dishonesty in a relationship

If you feel like your partner is lying about small things, then this could mean that they are lying about bigger things as well. There’s nothing wrong with wanting to keep a few secrets in a relationship – what fun would a relationship be without some mystery? But if an issue comes up repeatedly and you start to notice something fishy, don’t ignore it! Poking at those discrepancies can get you closer to figuring out the truth.

2. Hiding the contents of their wallet or purse

If your partner hides the things they keep in their wallet or purse, such as their credit card statement or other documents, then this means that they do not want you to know about them. Perhaps they have been dishonest with their finances. In any case, not being open to your partner about your belongings is one of the signs of a deceitful man.

3. Being secretive about their phone or computer

One of the biggest lying spouse signs is excessive secrecy about their digital activities. When it comes to cheating on someone, a lot of people rely on technology to do so. If you are with someone who doesn’t let you use their phone or computer, it could be a warning sign that they have something to hide. Take my friend’s case, for example:

He had been in an exclusive relationship with this girl for over a year. In all that time, he hadn’t been allowed to use her phone once. She always had some excuse ready. Finally, when he did access the phone, he found three separate active dating profiles she had been using since before they got together. The dating apps weren’t all that well hidden either. So much for digital privacy, eh?

4. Being nervous about the topic of fidelity can be a sign of dishonesty in a relationship

One of the more telling signs of a deceitful man is a perceptible discomfort around the topic of faithfulness. If your partner seems nervous whenever you bring up honesty or cheating within the context of your relationship, it could be a manifestation of their guilty conscience.

Related Reading: 5 Surefire Signs Your Partner Is Cheating On You – Don’t Ignore These!

5. Telling stories that don’t add up is the biggest of signs of deception in a relationship

The stories they tell you about past relationships are sketchy or inconsistent. Their accounts of past events just don’t add up. People who lie need to constantly defend themselves or justify their actions. In doing so, they often weave excuses that are either too far-fetched or excessively detailed.

A very common example of this is when the person keeps adding new names or details with every retelling. You could ask them something as simple as where they were at a given time. Instead of a straightforward answer, they’ll give you a whole story of how they got stuck at work or ran into an old friend. Ask them the same question a few days later and you’ll find extra characters and events added to the story.

When they get caught in a lie, they quickly change the subject or try to blame someone else instead of apologizing and coming clean. If someone is lying to you, they will often avoid answering questions directly and try to change the subject as quickly as possible. The person will also give you vague answers that don’t really answer the question at all, avoiding the real issues at hand.

7. Using guilt trips is the subtlest of signs of dishonesty in a relationship

They make you feel guilty for calling them out on their dishonest behavior. You end up giving them a pass as you don’t want to be seen as “the bad guy” in the situation. But this is a major sign of having a sneaky partner. They guilt you into turning a blind eye to their mistakes so they don’t have to face the consequences of their actions.

I was dating this girl – let’s call her Stacey – and I recognized her tendency to lie about her personal life. The first time I asked her about it, she apologized. But when she continued with her behavior, I confronted her more emphatically. By the end of the discussion, she had somehow convinced me that I was the one at fault for questioning her. Over the next few weeks, I approached the topic in more delicate ways. However, I was the one who ended up feeling guilty for broaching the subject every time. I took my cue and ended the relationship. After all, the same guilt trip works only so many times.

Related Reading: How To Handle A Partner Who Cheats On You And Lies About It

You never know where your lover is at any given time. They could be in the company of close friends or even in another relationship. They might be dating another person, yet they are still with you because they are afraid to lose you. The truth is that you cannot know what your lover is doing throughout the day. But if they are uncomfortable with you taking the slightest interest in their usual schedule, then they might be leading a double life.

9. Using “meetings” as a stock excuse

Their “meetings” seem to pop up at their convenience. “I am in a meeting,” just rolls off their tongues at almost every inquiry. It is possible your partner could be busy, but someone truly interested in you will find time to be present and engaged in your life. More importantly, they will explain why they can’t be with you at a given time rather than use the “meeting” excuse.

Related Reading: 15 Signs Your Husband Is Cheating On You With A Coworker

10. Obvious signs of deception in a relationship? Past incidents are revealed

You discover they’ve lied to you before. If you uncover past lying spouse signs in your relationship it means your partner will probably lie to you again. If they haven’t been honest until you found out and confronted them, there’s no reason to think they won’t dabble in subtle deception going forward.

You feel like something is off, but you can’t quite put your finger on it. You have a gut feeling that something isn’t right with your partner. Your intuition is one of the most powerful signs of dishonesty in a relationship and the best thing to do in such cases is to trust it. If something seems off, it probably is. Your body has ways of communicating with you through your instincts. Listen to them and act accordingly.

If you encounter any of the above signs of dishonesty in a relationship, remember it’s not too late to act. You can take steps to address the issue and recommit yourself to your partner. We know what dishonesty does to a relationship and we have discussed the most common signs. But if you have any other questions about how deception affects relationships and what you can do to make your relationship stronger and more honest, feel free to contact our expert panel here.

What Is Revenge Cheating? 7 Things To Know

Expert Tips On How To Forgive Emotional Cheating 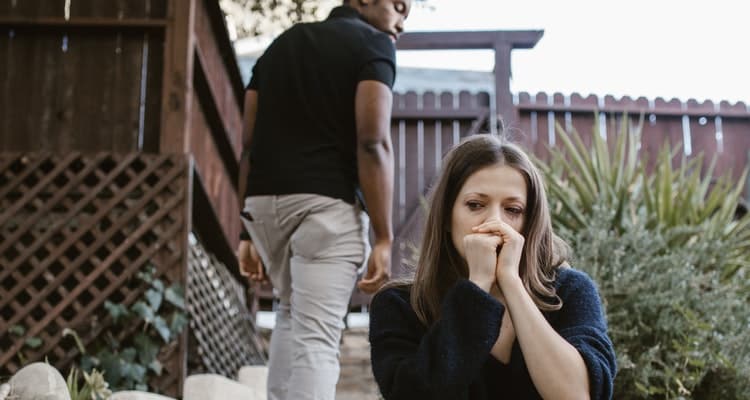 I have been writing across multiple domains -- Fiction, Self, Marketing, Finance, Technology -- for the past few years. I am also working on a historical fiction novel and a collection of short stories. A writer by passion, I am an engineer by qualification. Although I was never keen on coding and syntax and other paraphernalia of computer engineering, I deeply admired its primary facet: logic. Not the kind that tells you what you should or shouldn't do, especially in matters of the heart. I believe in the kind of logic that helps let go of unrealistic fantasies and admire the true, flawed beauty of things in life. This harmony of emotions and rationality forms the core of my relationships, my writing, and most of all, my writing about relationships.