Whenever we talk about something to do with women our first concern becomes safety. “Is it safe?” becomes the primary question whether spoken or unspoken. But I think it is a stupid question. No place, online or off, is safe or unsafe by itself. Your own home can become unsafe if you are molested by a family member. It is the people that make places unsafe. So when it comes to online dating it’s the people that pose the biggest threat for single women. The most negative aspect of online dating is you really don’t know if the person you are talking to is a genuine guy or a hound on the prowl. The biggest issues that single women face in online dating are varied and nuanced and the threats of online dating are endless. Only lived experiences can tell you the real stories.

What are the biggest threats of online dating for single women?

The results don’t remain limited to heartbreak only: Money has been lost, identities are stolen, lives have been destroyed by defamation due to this.

Con artists are lying in every corner of the world, not just online. It is also true that we have the law and judiciary to handle that. What we cannot protect ourselves from the things that are not considered criminal offences, like irritating someone constantly with a polite “Hi” every hour. You can’t send somebody to jail for that (neither for misspelling ‘friendship’, ‘girl’ or ‘good morning’). These are ‘minor’ discomforts that are to be ignored. But we need to remember that these are also a violation of our consent and thus not appropriate. The biggest problem of online dating is everything starts off innocuously but suddenly reality hits you and then probably it’s too late.

Only a few years back women only comprised around 20% of the online dating population. But since 2018 the numbers are growing especially with apps like OkCupid and Tinder. So women are more vulnerable now.

If you are looking for something serious then online dating can be twice as disappointing. Thanks to the ambiguity of dating apps online, you can be anyone and there might not be any semblance between you and your online representation. Recognising a fake profile is not that difficult but knowing how much of a real profile is true, is a big challenge.

5 Women reveal what they realised while dating online

Negative aspects of online dating are endless and you really don’t know how to safeguard against the threats. From harrowing to hilarious the experiences these single women share about dating online is something one should read.

Aparna wants to marry an NRI. Her last three boyfriends were from abroad, they never met but she changed her relationship status online. They were a proper couple each time: They went on video call dates, met each other’s friends, exchanged gifts, and with one boyfriend, Aparna even celebrated anniversaries. But alas! Two of them turned out to be locals giving false information about themselves. Aparna is now depending on her parents to arrange a marriage. Guess this is the biggest problem of online dating it’s easiest to fall for an imposter. 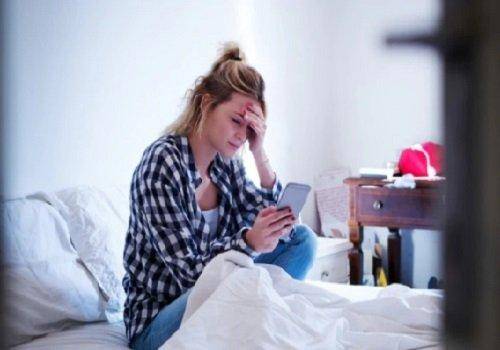 2. You only look at the superficial

On online dating, you know about a person before you get to know the person. You can reject someone because of something they have posted and never get to hear their perspective of things. You might block your Prince Charming because of too many typos.

Puja and Amar are married for about a year now. They matched on Tinder 3 years ago. Puja found it impossible to carry on a conversation with Amar. He, first of all, didn’t respond to texts most of the time. When he finally did he always made too many typos and incoherent sentences for Puja to tolerate. She promptly she unmatched him and moved on with her life until they met at a friend’s wedding and the rest was history. Guess this is the downside of internet dating but thankfully God had it all planned for them.

3. It could be a bigger con than a fake profile

The world is readily getting smaller and relationships are now happening across the border and crossing the oceans. And yes, they are real relationships. A relationship can be built even on a single hope. Even with complete honesty and dedicated commitment, things can go wrong. 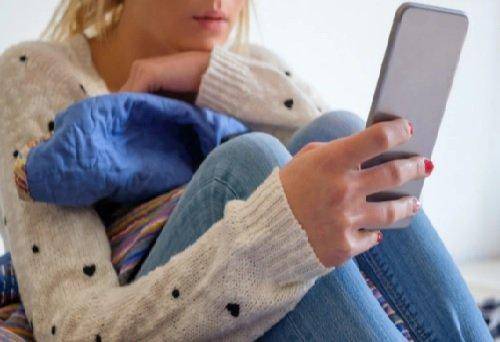 Mita and Safi met online through a university website. Mita was an aspiring exchange student and she was put in touch with Safi, the student body president. They dated for 15 months before Mita’s applications were accepted. After all the fees were submitted Safi disappeared and so did the university.

4. You never know who is a stalker

Stalking is normalised by Bollywood but it is not fun and games. It is very dangerous and scary if you are on the receiving end of it. When you are trying to get rid of someone but they keep popping up in every possible social networking media. It’s an encroachment of privacy and violation of consent. It is a way of showing that there is no way out.

Gurpreet Kaur was a TikTok celebrity. She was a single woman in her 30s. She enjoyed the attention and bravely faced the criticism. This guy initially seemed to admire her and they talked online a couple of times. But he started stalking her and sending her disgusting messages. If she blocked him, he would make newer accounts and take new sim connections. There was no other way to get rid of him other than going to the police and getting him arrested.

Random people ask for ‘nudes’ online. If you think that’s not harassment, then you should know that random people send you photographs of their private parts without your asking for it. These are things that cannot be foreseen but  it could haunt you for days. Manisha woke up to see that her chat box was flooded with pictures of a man helping himself off to her photographs. Her pictures were simple close-ups of her face that she posted as profile pics. But this disgusting use of her harmless pictures made her feel nauseated. She felt used and violated. Now she uses pictures of flowers as her display pic.

From being conned to stalked women face all kinds of situations online. But in the virtual world, you can’t even say, “Don’t go out in the night.” The threats and dangers of online dating remain in the cyberspace but after reading these real-life stories probably you are now armed with the knowledge to navigate better.

How To Determine The Best Dating Site For You

Ikka Dukki: When He Pretended To Be Someone Else On Tinder