Flirting is something we are not inherently good at. So flirting mistakes happen all the time. Guys will read a lot of articles online and suppress their own instincts while flirting. These online articles are well and good as long as they are on paper. But to have a practical touch in flirting, guys need to be a bit more grounded. We aren’t inherently good at flirting. but that doesn’t mean that we can’t be good at it.

Some of the guys I have flirted with were so smooth that you wouldn’t even notice. But the best way to flirt is to be subtle at any cost. Once that settles in, flirtation would seem natural rather than a hyperbole. Guys need to take notes, they don’t need to bring flowers and a box of chocolate to woo the person they want to flirt with. Just be there on time and be available.

So, what kind of mistakes do guys make while flirting?

Let’s have a look.

Related reading: Why I think verbal flirting is only half as good as physical flirting

They overdo it and they don’t even realise that. Overdoing can also look good if you are smooth enough. So guys need to stop talking about how they would treat their partner and listen more to what their partner has to say. Listening is very important even when you are flirting, because flirting should reciprocate, and if it doesn’t you should stop flirting immediately, since that just seems very embarrassing. You are flirting, not winning a war

Guys treat flirting as a way to show that they have a healthy success rate with wooing women. Let’s not forget that these stats often get shared in their “boy’s club” where the better you are, the more respect you get. But be very sincere when you are flirting and learn to know a bit about the other person first before you start flirting. It is not a war or a prize that you need to win. Flirt like you are talking to a person whom you want to fall in love with.

Guys think that it is very mature of them to argue while flirting. Flirting is not a way of showing that you are a very opinionated person. This sort of thing might look very good in fiction, but in reality, if you are arguing it might scare that person away. For once, guys, keep your egos on a side plate and learn how to woo.

For once, guys, keep your egos on a side plate and learn how to woo. End up talking about politics

It is a very unwise thing to do since you will always be tagged as “that dude who talks about politics”. Unless you want yourself to be tagged in that category, never talk about politics unless the other person is very much into it. Politics is very important and your opinions do matter, except that it doesn’t really apply when you are flirting with someone.

The art of subtlety

Guys often forget that being subtle can land them the person of their dreams. Subtlety in flirting is more like an art. The minimalism in being subtle can really help you flirt well. But guys usually tend to be overly cheesy or really boring in general while flirting, Do neither. You may ask, “How can I be subtle?” Well, that is definitely something that one can never teach.

Related reading: A guide for shy guys to flirt

You can be your own echo chamber of thoughts, but only when you are alone. Guys need to understand that talking about themselves is not very attractive. It just makes you look narcissistic and self-centred. There’s nothing wrong in being either, but not when you are flirting. So, instead of boasting about the expensive shoes that you bought last week, talk about how they look nice in their outfit. Flirting is definitely not a walk in the park, but guys can always stop being boastful. Because it just is very moronic. 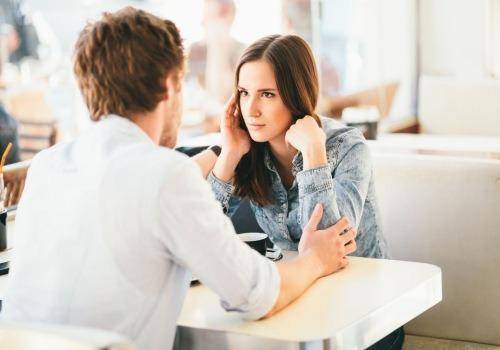 There is no end game, you either successfully woo the person or you don’t. You don’t get much time, so flirt sensibly with the time you’ve got. Look out for opportunities and definitely avoid doing any of these things. It doesn’t take away your “man badge” when you fail to flirt. It is just part of your learning curve. Always remember to stop flirting if you feel that the other person is feeling uncomfortable. Learn to take hints; don’t be the creep that everyone despises.

15 easy ways to flirt with your husband

5 harmless mistakes in a relationship that are actually harmful

Flirting with your eyes: 11 moves that almost always work

Am I also the guy who is doing the same mistake??
No, I cannot be.
Or may be..
God m so doubtful about me after reading this!!