Mother-Son relationship: When She Won’t Let Go Of Her Adult Son Even After Marriage Mothers are divine beings, and share special bonds with their sons, sometimes engulfing the personalities of these human beings they have created by the act of giving birth. Most mothers have a practical take on their son’s upbringing and know that in order to give a wholesome character to their children, they have to empower and enable independent and critical thinking in their children. These very mothers have different opinions on how their daughters must think and behave and base their duality on how she was forced to think and behave as a woman. The mothers who dominate their sons are really doing a disservice to them and their wives. In this article, I shall highlight several mothers who couldn’t let go off their grown-up sons and in the process ruined the mother-son relationship.

A breakdown in the mother-son relationship happens when:

When a mother can’t let go of her son

Years ago, I asked my landlady, a pleasant and charming 34-year-old woman. She was very confident that her two boys would not dream of finding their own wives.

When I asked her how she could be so sure she said, she would knock their brains out if they disobeyed now, thus conditioning them never ever to think differently in future.

Right enough her eldest boy is getting into a much-arranged marriage next month.

Laxmiamma had 4 sons and one daughter, and it was apparent that her sons came before anyone else. Each son had to face the tug-of-war as he got married. The societal notion that mothers must be taken care of by their sons is one reason for this obsession with sons. None of the wives were good enough for the mother-in-law (MIL). It was a genuine concern on the part of the mother, but it never occurred to her that she had to let things be and that her sons would learn to build a life with his new wife. If she had it her way she would have led a boot camp training for her daughters-in-law to focus on cooking and cleaning. But still probably they wouldn’t be good enough.

Indian mothers can’t let go of their son mainly for two reasons. First, being a mother of a son is considered a great privilege in the subcontinent and second her whole day usually revolves around her child all her life. Even for working mothers the focus rarely shifts from the child. So she starts believing that like her son has remained the most important person in her life the same would happen in his case. When the daughter-in-law or even a girlfriend makes an entry into his life all hell breaks loose and she just can’t let go of the son.

Mr and Mrs Gopalan had 2 sons – both were excellent at studies and were working as software engineers. The younger of the two, escaped the nest and flew away to the US, and swore never to return to their oppressive home again. The older son Uday was trapped. He had a stunning wife in Sree who also worked and earned good money. Life could’ve been very peaceful and cordial, but for Mrs Gopalan. She did not share the bed with her now-retired husband and instead focused entirely on her son.

She did not like it for Sree and Uday to share time alone, or have a simple chai and chat time alone. The breaking point was when they caught her looking through the keyhole into their bedroom one night. 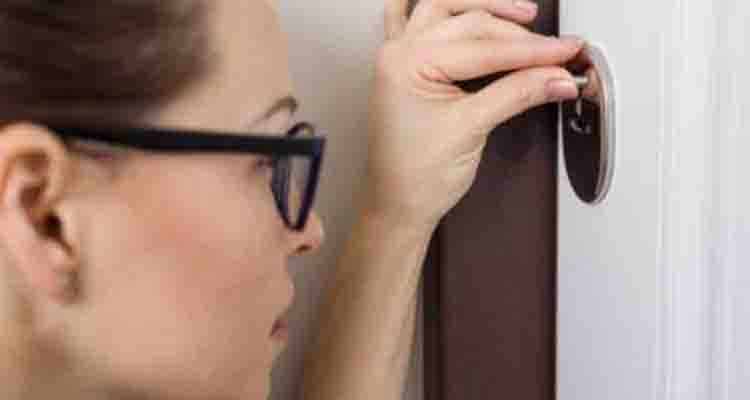 They got a rented house on the other side of the city. And yet, his mother would plead Uday to come home and walk around in the porch. That’s all she wanted. It’s true couples often shift homes, cities and even countries to stay away from toxic mothers-in-law but still they are not successful because it’s not in the mother to let go of the son.

Stories of mom’s spying on their adult married sons are a plenty. While one mom-in-law shifted her bed to the side of the wall to ensure she could hear the goings on of her son’s room, another one always knocked on the door of her married son late in the night claiming she was having joint pain and wanted him to massage oil on her limbs. Fact remains, mothers can’t not only not let go they want their sons to be at her beck and call and always choose his parents over his own family.

How marriage changes the mother-son relationship

Then there was the neighbour Minu aunty, who insisted that her daughter-in-law have a joint account with her son. And all the gold jewellery she wore for the wedding was sealed way in Minu aunty’s own locker. She needed to oversee all the finances and her son could never be right on any count. Minu aunty ruled the roost.

She even needed to know when her daughter-in-law had her periods and how they used contraception. Her power trip was to put her son down and thus ensure harmony by way of dictatorship. But this had the opposite impact on the mother-son relationship.

The other son in Canada went through the same treatment over the phone. I used to wonder why he couldn’t break the spell his mother had on him, even though he was physically so far away. How to deal with a mother who won’t let go? It is not easy to deal with a dominating mother who refuses to let go. This is mainly because Indian sons are socialised into believing that it is his duty to listen to his parents no matter what his age is. So he becomes overcome with guilt if he tries to maintain a distance. So he falls into the mom trap every time.

Related Reading: 8 Signs Of A Poisonous Mother-In-Law And 8 Ways To Beat Her At Her Game

When mothers do not have a career or when motherhood is a full-time job, it becomes easy to fall prey to being an obsessive-compulsive mother monster.

Every mother must develop a good hobby and past-time, meditate, and consciously spend energy towards personal growth.

As your son grows, teach him to be his own person, to take decisions after critically analyzing all the possibilities present this will improve the mother-son relationship greatly. It is a mother’s crowning moment when her son can see her weaknesses and still love her unconditionally.

It is a moment of supreme glory when he does stand up for her when she needs it without being swayed by drama, emotional blackmail or power tactics.

In this regard I have to mention this ad that actress Revathi does. She tells her soon-to-be married son to have a home of his own after marriage. He says he couldn’t imagine staying without his mom then she tells him to buy the home nearby but it’s important to move out after marriage. Very few moms-in-law can actually do this. They want a son and his wife right under their nose and always ready for control and domination. She transforms from a loving mother to a monster mom-in-law.

12 Ways to Deal With a Jealous Mother-In-Law

10 Ways To Improve Relationship With Mother-in-law