Gaslighting is a psychological exercise which is exactly as troublesome as it sounds. It is practiced when one wants to assert dominance and feel a strong sense of power over the other. Gaslighting phrases in relationships can wreak havoc on the mind of the other.

Gaslighting in personal, intimate relationships is common. It is considered an absolute emotional abuse. The use of gaslighting phrases in relationships can make the experience toxic and emotionally harmful for the individual.

The term gaslighting originated from a play Gas Light made in 1938, after which it was adapted into a movie. The 1944 movie Gaslight is an intriguing example of how the whole process erodes a person’s self worth and esteem. In the movie a man gaslights his wife and she begins to question her own sanity.

The abuser of this tactic essentially alters information and conversation in a way that it proclaims themselves completely harmless. They use gaslighting phrases to shift the story. Consequently the victim is always left wondering the truth behind their own perceptions and spirals into an unfortunate sense of self doubt. When the keep shifting the story, it is one of the  major signs that he is not trustworthy.

Ms. Juhi Pandey, a counselling psychologist says, “A gaslighter’s actions may not cause harm initially. Over time, however, this continued abusive behaviour can make the victim feel confused, anxious, isolated and depressed.”

A clever and manipulative person, makes use of these gaslighting phrases to transform situations into their own favour at the expense of the sanity of the victim.

1.‘Stop being so insecure’

In a relationship, a gaslighter personality will always let your insecurity take the fall. If you raise a concern with them, instead of evaluating their own behaviour, they will target your feelings instead.

By calling you insecure, they will walk scot free, leaving you evaluating your own feelings.

2. ‘You are just being paranoid’

Ms. Pandey opines that this phrase will often be used by a gaslighter personality She says, “Gaslighters often deny what they have been caught doing.”  They simply refuse to accept your thoughts on the subject and turn the tables on you.

3. ‘You are way too emotional’

Disregard and lack of empathy is an important gaslighter trait. They never want to own up for their actions. Moreover, they will always make you wonder if you have been overreacting to the situation. Your reaction might be completely justified but a gaslighter will make you consider otherwise.

Related Reading: Emotional Baggage – What It Means and How To Get Rid Of It

4. ‘Please stop being so dramatic’

Gaslighting in female friendships is also often observed and is a notable reason to worry. According to Ms. Pandey, women undergo gaslighting more often than men.

She says, “In most male dominated societies, women are brought up in a way that they learn to prioritize other people’s feelings over their own.”

A clever woman will rest the problems of the situation on you and call it a dramatic reaction.

A narcissist will completely deny the way you feel. Their sense of denial will creep up often on you and will force you to change your own perception. No matter how much you explain yourself, they will convince you to think that your feelings are irrelevant. Such responses can quickly transform into serious relationship arguments. 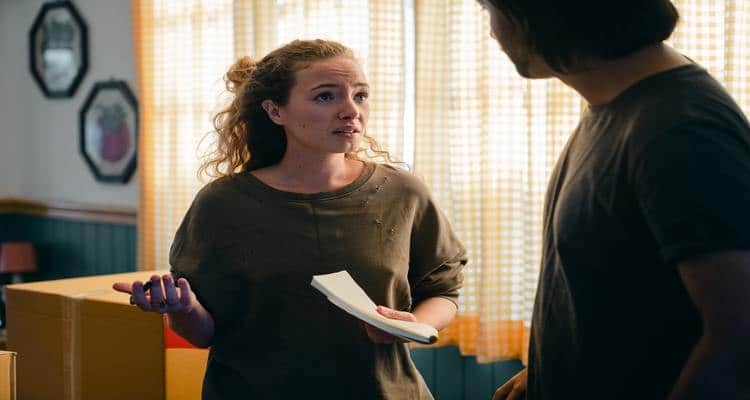 A gaslighter personality will not believe anything you have to say

Such a dangerous phrase. It can cause severe cognitive dissonance in the victim. By wholly throwing your perception out the window, this phrase can make you feel small and even borderline insane. By repeatedly uttering the same, a victim will be forced to lose ground in their own beliefs and opinions.

Taking it a notch higher from the previous phrase, this one will totally make one feel like they’re crazy. Such a phrase can make one lose their sense of reality.  It may seem inconsequential but these three words, if used consistently, can morph into extreme emotional abuse.

8. ‘You are just overthinking it’

This phrase is a stonewalling technique used to evade further speculation into the situation. It is easier to let go of problems when one simply attributes them to overthinking. One may immediately also want to stop doing so in order to preserve their mental health. This gaslighting phrase is meant to indicate the demise of the victim’s rational capabilities. If you are in a relationship with a psychopath, you will hear this often. They will assuredly consider your concerns as trivial and exaggerated.

Why should you not take something seriously if it is emotionally bothering you? If it bothers you, it is serious. As simple as that. A narcissist or sociopath will use say such hurtful things and will do everything to make the victim feel otherwise.

To make someone steer away from expressing and taking seriously what’s important to them, is no less than emotional punishment.

An example of gaslighting is when the abuser frivolously suggests hurtful things or causes harm only to call it a joke later on. For example, they might pour scorn on your looks, or your behavior. When it upsets you, they will call it a harmless joke or playful banter.

They do this in order to avoid having to apologize or own up to their wrongdoings.

Related Reading: 12 Hurtful Things You Or Your Partner Should Never Say To Each Other

12. ‘You are just misconstruing my intentions’

To deflect responsibility from themselves, they will skillfully consider the problem having arisen out of a misunderstanding.

This classic tactic will make the victim easily divert their attentions to other things. If it’s a misunderstanding and it’s their fault they don’t take responsibility.

Ms. Pandey says, “Narcissists and psychopaths have a tendency to fabricate and indulge in a lot of white lies. They use misunderstandings as a gateway ticket and then pretend to sort them out smartly.”

13. ‘You are being unnecessarily jealous’

To feel a sense of importance and control in a relationship, a narcissist personality might deliberately make the victim feel jealous. They revel in strong validation by applying this method. It fosters their own self esteem while they disregard the hurt they might be causing you.

This form of gaslighting in personal relationships can quickly make the relationship go downhill. Profiteering from another person’s fabricated sadness is awfully manipulative. Ms. Pandey suggests that such abusers enjoy the feeling of dependency on them. 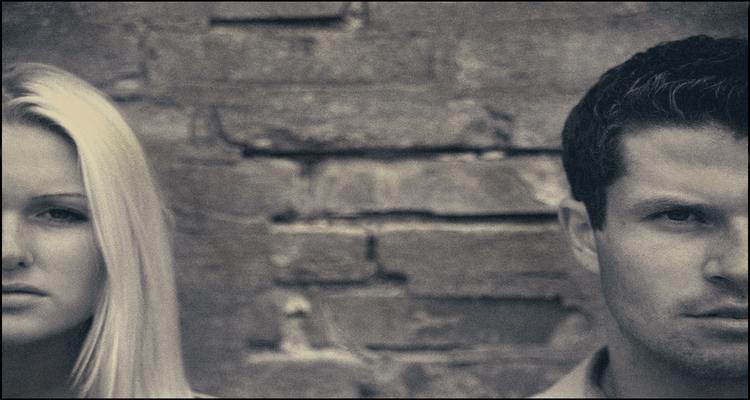 This has to be the most terrifying gaslighting phrases in relationships. A classic one, these words are the cue for harrowing self-esteem issues. This is psychological torture in a way that one is projecting their own problematic issues onto the victim.

The victim is forced to question their own selves, actions and feelings constantly. The victim might make efforts to stop problematizing a situation when they are not at fault at all.

Related Reading: 8 Signs of Covert Narcissist Hoovering And How You Should Respond

15. ‘You just have zero emotional security’

One of the most hurtful gaslighting phrases in relationships is this. It can be terribly hurtful and even rude. It is almost like a verbal form of emotional punishment.

This defensive approach and personal attack truly threatens the psychological well being of another person. The abuser might just say this in a fit of annoyance but these words run deep. These words can make one second guess everything they subsequently feel.

16. ‘That was never my intention, stop blaming me’

One of the more defensive gaslighting phrases, this one can truly take the heat off the abuser. By deflecting the issue and clearing one’s intentions, they do not feel the need to further explain their actions or the outcome.

This is toxic as it indicates failed communication. Moreover, it leads to a buildup of unresolved issues that you are forced to shy away from. These issues however persist and can further ruin your relationship.

While this might come off as genuine concern in some cases, if practiced in a manipulative manner by a narcissist, it is probably reeking of falsehood. This is the highest form of deception.

By creating the scenario of attributing an actual mental health issue to someone, the abuser sits back and watches the self doubt creep into the victim. This is not only wildly deliberate but is also a huge distraction from their own activities. 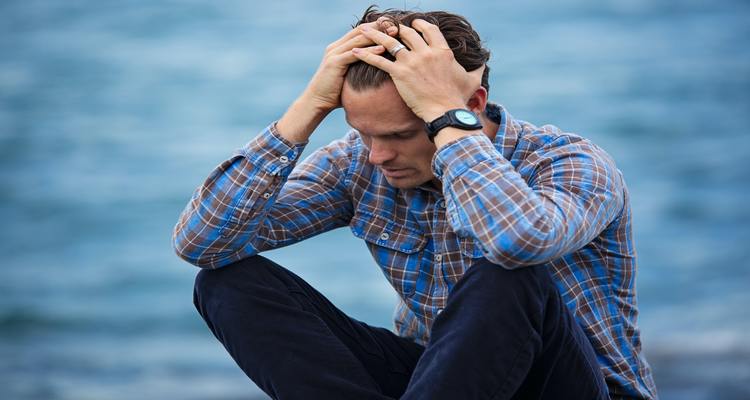 These words are an effective way to completely sidetrack the issue on hand. When you constantly avoid problems, you do not actually forget about them. Shying away from talking about the problem is one of the biggest signs of an unhealthy relationship.

A part of them stays with you subconsciously because you are unable to talk of them on a conscious level. This can affect your thought process and will lock the door on a huge variety of suppressed concerns.

19. ‘You are remembering it wrong’

Yes, gaslighting personalities can also throw accusations of memory loss. This is where it gets quite troublesome. This sadistic method is an attack on a person’s neurological sanity.

Further, it is the presentation of a completely warped reality. The abuser is coerced into remembering the situation differently even though they could swear what they saw and felt was true. However, in the clutches of excessive psychological control, the victim is unable to present their viewpoint further.

Related Reading: 8 Signs You Have a Controlling and Manipulative Husband

20. ‘Cmon, stop making such a huge deal of things’

Ms. Pandey highlighted, “Gaslighters choose to become defensive and then further trivialize any issues that their partners suggest”. She also suggested that they continue to propose a state of denial. They want to continue being in a state where they are not accountable to anybody. Instead of falling prey so easily, it is time you started being honest with yourself.

If you have noted that you might be subject to this manipulation or are in a fix where you are unable to communicate to your partner and are often left feeling neglected, reach out to us. With our panel of psychologists, you can examine all your fears, troubles and problems.

Exposing A Narcissist – What You Should Know

A 19-year-old constantly battling Gen Z ordeals, watching too many movies and balancing a journalism degree at the University of Delhi. Interested in learning and writing about gender, culture and society.