When a guy cancels a date, all those hours that you spent mentally preparing yourself for the date go to waste. You feel silly and stupid about it and start suspecting whether he’s cancelling on you because he doesn’t like to anymore. Dating is confusing because both of you are just getting to know each other and when a guy cancels a date, it seems like such a big negative. You feel whether you did anything wrong or so that is driving him away and a plethora of such thoughts keep coming into your head.

Responding to a cancelled date can be tricky. On the bright side, the receiver can’t see your expression and anticipation when you send those texts where you’re acting that you are okay with him cancelling on you. But in reality, you have 100 scenarios playing in your mind. You don’t want to send a wrong text and give out any wrong message too. Here are five scenarios with what to text when he cancels on you.

1. How to respond when a guy cancels first date?

“Okay. Thanks for letting me know.“<

It is a big blow when a guy cancels the first date. But look on the brighter side, he at least informed you first instead of keeping you waiting at the restaurant. He may have some genuine reason for cancelling the date so you may give him the benefit of doubt in that. The fact that he informed you instead of not showing up shows that he cares about you. The above text response shows that you are cool about it and appreciate that he informed you. 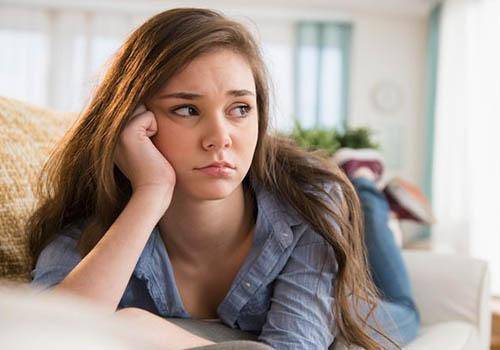 How to respond when a guy cancels on you Image source

“Okay cool. Let me know when we can reschedule.<"

The previous response was a more cold reply. This response, however, shows that you are cool about it but also look forward to meeting him. You’re letting him know that you are still looking forward to meeting him. Leave the message till that. Don’t start planning the next date already. Tell him to take his time to reschedule. This will show that you’re looking forward to the date but also, aren’t desperate about it.

2. What to text when a guy cancels date but reschedules?

“Umm. I’ll check my schedule and let you know.“<

You may be entirely free when he reschedules but you don’t want to give him the impression that you are waiting around for him. You need to act like you’re busy too. Don’t immediately say yes when he reschedules. Make him wait for your response a bit. The fear of you saying no can keep him on his toes. Wait for a few good hours before telling him that you’re free. When a guy cancels a date Image source

Even if you’re free on the day he is wanting to reschedule to, telling him that you’re busy and rescheduling it on a later day shows that you have a life too. He’ll also get the message that you are a busy person and cancelling on you will reduce his chances of a next date. By making him reschedule on a date given by you, you are taking control of the situation and making him adjust his schedule for you now. He’ll rethink about cancelling again.

Sometimes if the guy has rescheduled for a genuine reason, it is best to throw in the towel. If he seems to be a really genuine guy, then why not? Say yes to the date. But there’s a rule for that too. Make him wait for a few hours before you say yes. Don’t immediately jump at his message as you don’t want to come off as desperate too.

3. How to respond when a guy cancels date twice?

“Seriously? You got to be kidding me.“<

After all, you felt bad too when he cancelled on you again.

4. When a guy cancels a date and doesn’t reschedule

“Do you forget to reschedule dates on all girls you date or am I just too special?“<

Use a mixture of sarcasm and humour in your texts. This will humour him for a while but he will also realize his mistake. If he keeps giving you excuses and doesn’t reschedule, it’s best to say good bye to him. If he realizes his mistake and reschedules, you got yourself a date!

If you really really like this guy, then only use this line on him. Usually when a guy cancels and doesn’t reschedule, it means that he doesn’t want to see you. But if you think that the guy genuinely forgot to reschedule, give it a try. Life is all about taking chances after all. See how fast he responds to your text. That also shows whether he’s interested in you or not. What he replies next will give a clear idea about how he feels about you. 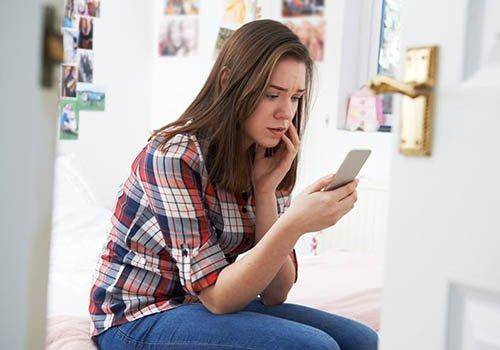 5. Guy cancels a date due to family emergency or calling in sick- what to text?

“It’s Okay, take care. Let me know if you need anything.“<

If the guy cancels on you because he’s sick, express your concern about his health. Ask him what happened and to let you know whether he needs anything. This shows that you care for him. Don’t keep asking him about his health. It will make you sound desperate and scare him off.

“Be with your family and take care.<"

When a guy cancels dates for a family emergency, there’s nothing you can do about it. All you can do is to tell him to take care and you’re there if he needs someone to talk to. Don’t bring up the family too much as it is too soon to take an interest in the family. Family emergencies usually take their time to get things back to normal so expect your waiting time to be high. There are chances that he forgets about you, depending on how grave the family emergency is. Be prepared for the worst.

How many times the guy cancels dates says a lot about that person. If a guy cancels a date but doesn’t reschedule, it means that he has other things as his priority. If a guy cancels twice, it either means that he’s really unlucky when it comes to dates or he’s taking you casually. Family emergencies are unavoidable and you need to give him the benefit of doubt for that. But make sure that he really has a family emergency as guys use it as an excuse to avoid you at times.

If a guy cancels but makes it a point to reschedule, it means that he takes you seriously and is looking forward to meet you again. You now know what to text him when he cancels on dates. Just remember, don’t panic and keep these pointers in mind.