The reality of modern times is that we live a life more complex than the preceding generations, thereby making conflicts inevitable. The word conflict itself has a strong negative connotation and one quick web-search can lead us to ample synonyms of conflicts such as – dispute, squabble, disagreement, discord, antipathy, shouting-match, schism, feud et al; completely neglecting the most appropriate and yet most subdued synonym – “Difference of Opinion”. Let us hang on with this line of thought for this piece at least as we talk about conflict resolution and ways to understand your partner better.

Most threads of conventional wisdom assert that it is not the conflict per se but how the conflict is handled that matters. In fact, there have been enough studies around, how conflict if cognitively used as a positive-reinforcement-vehicle during the disagreement, can make relationships traverse from one point of existence to another, in a positive-transient way.

While every relationship is unique, it is always good to have a repository of perspectives to refer to and maybe apply them if our wisdom and sensibilities sync up and thus articulating my two bits. So for conflict resolution it is important to understand a partner’s perspective as well.  (Note: Never believe anyone who claims to be a Pro at relationships. You will always be disappointed, or underwhelmed, eventually.)

1. Leveraging on the theory of Prisoner’s Dilemma

If I were to transpose my learnings from Game Theory to relationships, it can be said with a certain confidence that the best outcome in a relationship can only come from the high risk (and high returns) strategy of ‘Cooperation’. Most conflicts have one underlying outcome – To Win at any cost, which is where the ‘Defection’ as per Game theory happens and either of the Prisoner (only figuratively mind you!) chooses to not trust another’s intention and hence retaliates, thereby sabotaging the relationship completely. Having said that, the success of this perspective depends heavily on the ‘promise of future if together’ which should be okay as is it not the sole premise of even being in a relationship? Always to remember –

The strength of people who are together lying in the empowerment they bring to each other.

2. Do we really speak the same language? Really? 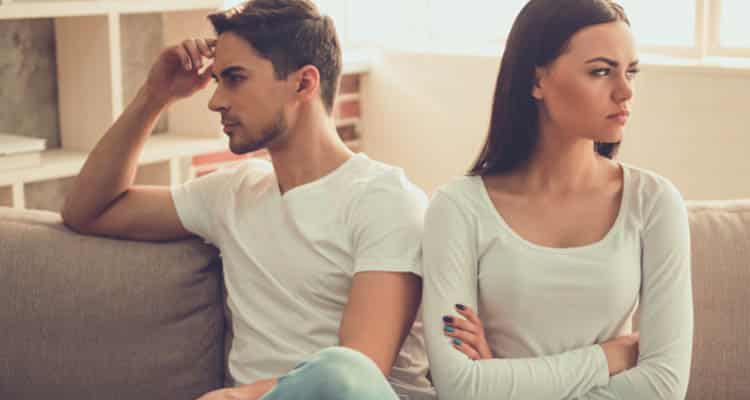 Couple is having a quarrel

Every time I come across a conflict situation, my first (hard-trained) reaction is to tell myself that – Hold on, we are probably not speaking the same language. It almost always works. Coming back to the relationship context, if there is one phrase that wins the Oscar of the most oft-repeated face-saving dialogue ever, it should hands-down be awarded to –

“I didn’t mean to say that when I said it.” Let’s do a quick spider-crawl through our memory and register the last time we used it?

Done? Great, so with that established, it becomes imperative to assimilate the understanding that no two people speak the same language or even use the same words in the same context. A very bad (but relatable) example is the use of cuss-slangs these days. The way they are used as per situation and people is a whole spectrum by itself. Which essentially means that taking people on ‘face value’ especially when under the bout of heated conflict, is extremely overrated (or shall we say, grave error). Give it a shot maybe? Just give a benefit of doubt to another person of ‘maybe’ speaking a different language and ‘maybe’ coming from a different point of view. This will greatly help in conflict resolution.

Related Reading: 8 Fights Every Couple Will Have At Some Point In Their Relationship

This is my favourite because it is the coolest. Now the bonus lesson in mythology for those who have persisted till this far. Barbareek (or more popularly known as Khatu Shyaamji) was the son of Ghatotkach (son of Bheem from Hidimbaa) and was claimed to be so powerful that he could single-handedly turn the fate of Mahabharata. Good choice of a warrior to have on one’s side with one technical glitch. He would only back the side that was losing at any point (what a company to have in a conflict right?).

Now that worried Lord Krishna so much that he asked for his head as a charity-offering as the bravest warrior on either side, which Barbareek agreed to immediately with just one condition: “I want to witness the war from the highest vantage position,” said the mighty warrior. Krishna gratefully obliged and Barbareek’s head became the only person (allow me to call it so) to have seen the entire Mahabharata, its rights and wrongs, adequacies and inadequacies, but from a distance.

The after story goes as that when after 18 days of battle, victorious Pandavas were arguing amongst themselves on who is responsible for the victory, Krishna suggested counselling Barbareek’s head as he and only he could have answered that. When inquired, Barbareek said and I quote –

“I could only see Krishna’s divine Sudarshana Chakra spinning across the Kurukshetra, killing those not on the side of Dharma. And I could see Draupadi in her avatar as Mahaakaali, consuming all the sinners as her sacrifice.”

In a nutshell, in a conflict, the one who can distance himself/herself from the issue and see the entire picture, without a preconceived notion/bias, can bring so much more sanity and direction to the engagement. But the oracle question is, are you ready to be the Barbareek?

Think about it; Is Dettol a better antiseptic than Savlon just because it painfully burns the wound? Remember Savlon’s initial pitch when it entered the Indian market with a series of advertisements showing how it does not burn as against the conventional wisdom that if it does not burn, it would not heal?

It is true with conflicts as well. I see a discourse these days wherein it is being mass-sanctified that it is okay to be upfront (which also means being rude these days), even if hurtful during a conflict as if a relationship cannot take hurt well, it cannot survive. I vehemently disagree. Conflicts need not necessarily be hurtful and in fact, going back to the point on Game Theory, give the best result when carried out in cooperation and civility, while keeping a comfortable distance. Try it and try being Safety notch of the other person’s trigger. It works wonderfully. (Although I secretly wish that Savlon wasn’t of the colour it is but that’s for another day.)

Related Reading: 8 Ways To Reconnect After A Big Fight

5. The mythological code of conduct for War

This is a brilliant piece of minimum decorum for conflicts and conflict resolution, I would assert. In all our mythological references, wars post sunsets have been prohibited because only anti-dharma demons fight post-sunset. But since the working hours were not long and taxing during those times, allow me to amend this wisdom a bit and conclude that no war should be taken to the bed and most definitely not beyond the bed, next morning.

Whenever caught in an unresolved impasse or standoff, using a circuit-breaker is an exceptional idea and what better circuit breaker than the boundary of the bed which is the ‘safe-zone” and the stretch of the night to sleep over it.

Next time when in the midst of a major conflict, despite all the aforementioned dousers, try this. Don’t try Crime Patrol or Game of Thrones to bid time, please (Pro tip).

Having said all of this, relationships are changing their meaning and significance drastically and there are days when we might feel completely lost, anyway, which is perfectly alright because people who get lost in the dark usually discover light like never before. Moreover…

We attach too much importance to:

The pain that was our fault,

The misery that was insignificant,

The relationships that never were,

The people who never mattered,

And the money we could have anyways never saved.

We attach too less importance to:

A couple, a conflict and a male friend who solved it all…

The 4 Bases in Dating In the Indian Dating Scene