The stress of long distance is breaking our bond 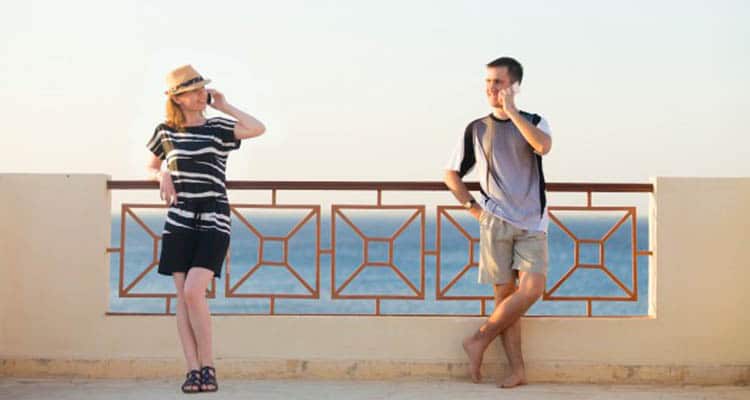 I’m Sanjay, married to a great girl for a year now, whom I met when we were both doing our Masters. We’re working in different US cities now. I decided to become an entrepreneur. Working for someone else did not excite me at all and I couldn’t see myself doing that for the rest of my life. On the other hand, her goals in life were more towards climbing the corporate career. I knew I’d have to give up a lot of things, like vacations, hanging out with friends, attending parties, etc., in the short term to be successful in my venture and she wasn’t comfortable with the whole idea. Despite knowing this, I proposed to her and she accepted. I tried to convince her to think on similar lines and help me with my venture, but she wasn’t ready. We thought that we would figure out a way to handle this stuff once we started living together.

Before our wedding, we had some doubts whether we should go ahead or not since we were very different people and had very few things in common.

We’re from totally different backgrounds and states. Our upbringing was totally different. But we never shared that concern with each other and went ahead with the wedding, thinking that being nervous is ok.

We also knew that after the wedding we’ll be spending some time working in different cities, since we’re limited by visa situations.

My wife put in a lot of effort initially to increase the communication and understanding between us, but I didn’t reciprocate since I was busy taking care of my professional career.

Along the way, I hurt her by saying some mean things multiple times, which I should have never said at the first place. I pointed out our differences often and try to put down her social circle by telling her to give time to some productive work, and telling her to manage her money wisely

We tried to meet in person 1-2 months. But now the situation has worsened, as there is lack of communication. My wife told me almost a month ago that she is undergoing depression and is consulting a therapist. She also told me that our marriage is a big reason for her depression and she wants us to separate.

She says that she doesn’t have anything left to give in this relationship and she hasn’t been able to develop any feelings for me. Talking to me or my family is like an obligation and she doesn’t want to be in this situation.

However, I think that since we haven’t really lived together, we should give it more time. I’ve already told her that I’m willing to do or change whatever she wants, but she insists that there is no point, since she doesn’t have any desire left to be with me anymore. ?I have asked her for some more time.

Although she understands that effort has to be from both sides, she doesn’t think that she can do it anymore. She told me to think about and tell her the action plan that I want to implement and then she will consider whether she can give me more time or not.

I think that since she has depression, she has a very negative outlook to everything and lost the hope that we can be live happily together. It’s my duty to help her to get out of this depression phase. As for concrete actions, I’m thinking I will:

–   Video chat with her every day so I give her my full attention. She has complained about it a lot earlier. Not sure how it will go since she has lot of resentment for me –   Not react when she throws my past comments at me

–   Agree to whatever she is saying and not argue with her

I don’t think she’s met anyone else, because she’d have said so.

How can I get back on track with my marriage? How can I bring back the hope in her mind that we can still work together on our relationship and be happy?

(As told to Team Bonobology)

Our counsellor, Prachi Vaish, has this advice to offer:

Both of you have indeed hit a rough patch in your marriage and I can understand the heartache you both are going through. However, the good thing is that both of you are taking steps in your own way to get things back on track. First, let’s talk about your wife. It is natural for her to have had some expectations when you got married about the kind of time you’d spend together or about the bond you’d forge and apparently those expectations weren’t met. I do understand that you were focusing on your career and it took up a lot of your time and energy and you’re also right in thinking in retrospect that may be you both should have discussed this subject earlier. But what’s done is done, so instead of looking back, we look forward, okay? You need to understand that investing time and effort in your relationship needn’t have been seen as a responsibility or another “thing to do” while you were busy. In fact, time you spend in your relationship needs to be your stress buster, something that lifts you up when you’re down and tired. The time you invest with your partner acts as a buffer that gets stronger with time and can provide you the support you’ll need in your tough times. It acts in the same way for your wife. Being alone while being in a relationship can be the most painful thing and that is how she probably felt and sank into depression.

The steps you’ve suggested now do seem to be the right thing to do at this time, except may be you could modify the part where you say you would agree to whatever she is saying and not argue…if you simply just say “Yes, you’re right” to everything, you may come across as patronising or as if you’re just trying to get her off your back. Don’t be afraid to have deep conversations about real feelings. The more she is able to open up to you, the closer she’ll feel to you. It will take time, if I have to be completely honest, but if you do it right, it will be worth it. All the best!

Here is an article by Darshana Shukul that gives a few examples of couples who’ve managed to successfully overcome the challenges of distance in their relationships.