Caspering dating a new dating trend to let one down in a friendly manner. But there is nothing friendly about caspering. Here’s all about it and how you can deal with it.

The new-age dating trends have become so extensive it is hard to keep up with all. There’s ghosting, gaslighting, bread crumbing, fishing dating, and what not. There’s double texting as well. You cannot even blame the new generation for it, can you? With the creative ways of meeting new people and even more creative ways of breaking up with them, new dating terms are bound to be coined. Let’s guide you to the term ‘Caspering’.

When you listen to the term “Caspering”, it reminds you of Casper the friendly ghost, doesn’t it? Well, our friendly ghost is the exact inspiration for this raging dating trend. Caspering, simply put, is the friendly way of ghosting someone. Caspering definition, according to Urban Dictionary, is “the art of ghosting someone in a friendly way. When you don’t have the heart to full on ghost them, so you start cutting and reducing all interactions until they take the hint and give up.”

So what does one do while caspering? They act all polite and friendly, all the while trying to ignore the person trying to talk to them, so that they don’t seem like the idiot who ghosted them. A Casper would respond to your texts 8 to 10 hours later, barely replying in 3-4 words, but in a seemingly friendly manner. This would have you believe that they are ‘nice’, until it hits you that they are not really interested in talking to you. And that does hurt bad.

Let us take the example of Ruby and Kevin. Ruby is really interested in Kevin, but Kevin is not. That makes Kevin the Casper.
Ruby: Hey Kevin! What are you doing?
*6 hours later*
Kevin: Studying!
Ruby: Oh, is it going to take long?
*4 hours later*
Kevin: I don’t know, the syllabus is long.

Let’s not kid ourselves. No student studies for 10 hours straight, without taking any breaks. Kevin here is obviously trying to ignore Ruby, waiting for her to take the hint that he does not want to talk to her. Here comes another example:
Ruby: Hey Kevin! Do you want to go for a movie this weekend?
Kevin: Hey! I’m busy this weekend. Maybe next week?
*next week*
Ruby: Hey! Are you free this week for the movie?
Kevin: I’m so sorry, my best friend is sad and I need to console him. Maybe someday later?

Caspering someone and letting them down in a friendlier manner might make them think they’re not being a terrible person, but they still are. Therefore, ‘caspering’ is not really friendly.

In ghosting, a person simply exits from their potential partner’s life as if they never existed. They would not respond to any of their calls or texts. This makes the other person genuinely worried about the ghost, wondering if they are alright, or if something bad has happened to them.

Caspering, on the other hand, does not mean kicking a person out of one’s life at one go. A Casper would respond to the other person, but they will take hours to do it. They will be all nice about it, but they would also show disinterest at the same time. To put it in a nutshell, a Casper would send so many mixed signals, the other person is left wondering what is it that they really want. The similarity between caspering vs ghosting is the manipulation of the victim’s mind. The constant feeling of, “What is going on?” and the unceasing thoughts about the intentions of the other person are rather confusing. The mental anguish remains the same in both the cases, as the person who has been ‘caspered’ or ghosted borderline loses their sanity.

What You Should Do If Someone Is Caspering?

Caspering dating is detrimental to anybody who goes through the exhausting process, and it is just better to not do it instead.

However, if you find yourself fitting in the caspering definition, there are ways you can deal with it. Here’s how:

1. Send a clear text asking for their intentions

The Casper might be caspering you either because they don’t want to seem like an a*s, or simply because they are not good with confrontations. You need to send them one text asking “What are you trying to do here, please come clean with honesty?” This may give them the space to speak their mind and come to a conclusion. Being busy once or twice is understandable. Always responding late and avoiding meets and cancelling on you is not. Set a time limit for yourself. If they constantly take more than 2 hours to respond, or if they always have an excuse ready to serve on your plate every time you make an attempt to meet them, then simply don’t put up with that kind of nonsense.

Related Reading: Breaking Up Over Text -How Cool Is It?

3. Do not blame yourself

Victims of caspering often blame themselves for being clingy or too upfront. Stop that immediately. The Casper is at fault here, not you. Do not take their irresponsibility on your shoulders. You are doing nothing wrong. Put an end to self-accusations and blaming and move on.

Related Reading: When he had to abandon his wife to teach her about loving herself

4. Talk to your friends or family member

Intentions for caspering someone are always unclear. As mentioned earlier, it can be detrimental to your mental health. Therefore, you need to talk to a close friend or a family member that you trust and clear your head. Talking to someone out loud truly helps in sorting things out in your mind and you can then take actions accordingly. 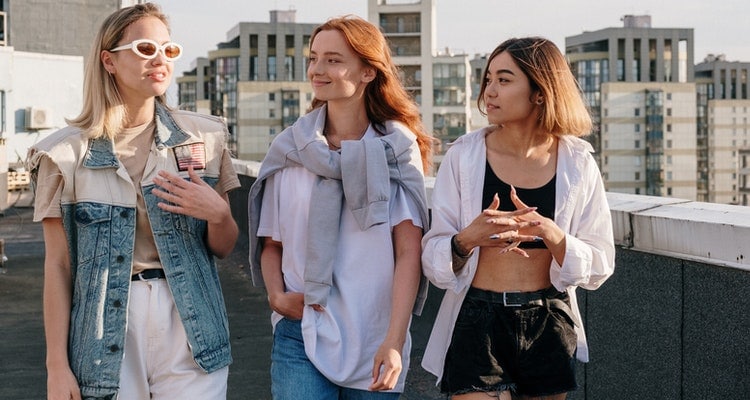 It is hard to believe, but Caspers end up caspering even after months or years of dating someone. In such a case, dealing with it can become very difficult. If you find yourself constantly disturbed by this sudden distance that your partner is creating, make a call to a therapist. A professional can truly guide you out of the struggle of comprehending the entire situation.

Related Reading: How To Respond To A Breakup Text

6. Leave and move on

It is easier said than done, but caspering someone is not funny. If you know you’re being caspered, send the Casper one final goodbye message and leave them. If you are feeling extremely angry and do not care about the closure you don’t even need to send the final message.

The Casper is anyway wishing that you would get the hint. Now that you have, give up all your hopes and stop messaging them. They do not care, you shouldn’t either.

Caspering is an undeniable form of rejection. Nobody appreciates being rejected, especially not where they are being overtly weird about it by sending such mixed signals. The best thing is to be honest and tell what one really feels.

There is no need to be friendly like a Casper or leave like a ghost if a person is mature enough to end it in a straightforward manner with sensibility. It is like pulling off a Band-Aid. But this, sadly, cannot be expected of everyone. Caspers think caspering dating does less harm, but it does more harm than they can fathom. If you are subjected to caspering, find it in yourself to let go of that person.

There is no need for that form of toxicity in your life. Take care.