As a woman, you will probably be able to figure when a married man is falling in love with you, thanks to the blessed female intuition. But if you are still doubtful and want to confirm it, then this article is going to be your guide. Once your intuition is confirmed, it depends on you how you want to handle this complicated situation. So read on.

A married man might not easily express his love for you, because he is married and might be a little scared to take a step further. Therefore here are the 12 signs which will help you understand what is going on in his mind and what his true feeling for you are. You will get to know if the married man cares for you or has fallen in love with you.

1. He compliments you out of the blue

When a married man compliments you for your qualities, looks, dress sense, professional life, etc. especially when you least expect it, then it means that he is interested in you and wants you to know that. The compliments might seem harmless in the beginning, but then gradually the married man will be more direct with those compliments to drive home his point. There may come a point when you feel he is also flirting with you, on the pretext of being nice.

2. He loves talking to you

You will notice that when he talks to you, he will be cheerful and the tone of his voice will be lively. He will always be the one to initiate conversations with you and keep you engaged when you are around him. It will be as if just by talking to you his day becomes better.

3. He tries to keep tabs on your love life

Your relationship status is perhaps his gravest concern, as since he is falling in love with you, he wants to find out whether you are available or not. If you already have someone in your life, then he will probably air negative opinions about that someone, because he will be jealous for sure. He will keep regular tabs on your love life to wait for the chance to express his love for you.

4. He either shares details about his married life or refrains from doing so

5. He goes out of his way to help you

The fact that the married man has fallen for you becomes apparent when he does all in his power to help you especially if you are facing a problem. He might be helping you because he is friendly, but if he is always there by your side, then it means he deeply cares about you. He will not even think twice before resolving any of your issues.

6. He tries to highlight the similarities between the two of you

He will keep hinting at the fact that you are the type of girl he likes and that you two have a lot of similarities, whereas his wife hardly has anything common with him. All these are just tactics to get hold of your attention and to create a lasting bond with you because he has feelings for you and wishes to have a future with you. before you succumb, let us tell you that an affair with a married man can be quite a complicated, messy journey.

7. His body language is a huge indicator of his love

Instead of straightforwardly confessing his love for you, a married man will use his body language to express his love. Probably he will get nervous around you, will lean towards you while talking to you, make continuous eye contact with you, will smile at you as if you mean the world to him and will take every chance to touch you as well. 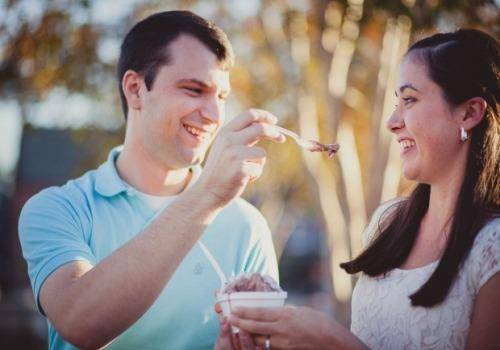 8. He takes out time especially for you

As a married man, his priority should be to give time to his wife and family. However, if he is taking out time especially for you during the weekends and even during the weekdays, then you mean something to him. All the time he spends with you, he will try to keep you comfortable and happy.

9. He tries to stay in touch with you regularly

Every day the married man will try to stay in touch with you either through text messages or calls. In case you fail to reply to his text messages or forget to call him back, then he will get super hyper about it. He constantly tries to contact you because he wants to get to know you better and make his presence known in your life.

10. He gives top priority to your opinions

Your opinions and thoughts related to marriage, cheating, love and any other matter whatsoever mean a lot to him. So he will give top priority to your opinions and try to shape his opinions accordingly. Even if he is in some trouble, then he will turn towards you for suggestions. By giving enough value to your opinions, he is giving you an indication that he is interested in you.

11. He always behaves perfectly when he is around you

He portrays himself as the perfect gentlemen when he is around you. He tries to be charming, chivalrous and brightens up the atmosphere by making you laugh. He does this so that you can see him as an interesting and a unique person and not a serious and boring married man. Even his interaction with other people is very cordial because he wants to show his best side to you.

12. You have a strong gut feeling about his love

Deep down in your heart, you get the strong gut feeling that the married man is falling in love with you. You can keep fooling yourself by saying that he just cares for you because you are his friend, but the reality is that he likes you and you cannot keep denying it. However, if you do consider taking the plunge and dating him for all that is worth, do it safely and without getting hurt. A married man can deeply care for you but a relationship with him does mean complications. You need to know that.

Why do married men fall for other women?

When married men are bogged down with immense responsibilities of a marriage and are unable to cope, it is then that they search for an escape route and end up falling in love with another woman. They might feel emotionally disconnected from their wives, because of which they look for emotional satisfaction elsewhere. It is usually when the wives fail to acknowledge the efforts of their husbands that the men become helpless when another woman shows them love and affection, while some men might just crave attention and just want to satisfy their insatiable lust by getting involved with a second woman.

If a married man is falling in love with you, then it is probably because of one of these reasons:

Whatever the reasons, it is important that you know what you want in your love life and whether or not you seriously want to commit to a married person. So think about it carefully. Getting dumped by a married man could be a severe blow to your future and self-respect.

You don’t choose who you fall in love with – so reciprocate his feelings if you feel it worth to invest yourself in a relationship with a married man. But, it makes you uncomfortable and the whole idea of being in a relationship with a married man makes you cringe, then make it clear to him at the outset. Just because he is falling in love with you, it does not mean you have to oblige him in anyway if you are not interested. Taking a firm stand is essential in such tricky situations.

How to get over the married man that I am attracted to?

How to seduce a married man?

Please, the only way you can tell a married man loves you is if he leaves his wife for you, makes you the wife and still does everything for you in the article 10 years down the line. If you can be the wife for a decade, bare his children, clean his house, cook his meals, wash his clothes while he is out and about with that same chipper, sweet smile you have now, and he still makes time for you, and treats you like a princess, rgen you know he loves you. Until then, you are the side chick, not hard to keep the side chick happy????????????

Just the opposite. Its easy to keep a wife happy not so easy with the other women.