In today’s modern world, it can be said that age is just a number for younger men. According to an in-depth survey conducted by an online platform, 27% of younger men were found to be attracted to older women. The same survey also revealed that 9% of single people were likely to pursue partners who are ten years older or younger than them. Have we left you wondering why would a younger man be attracted to an older woman? Or can a younger man fall for an older woman? But it is a fact that young men fall for older women.  To try and understand this statistical trend, we give 15 reasons why older woman younger man relationships work.

Anyone would be drawn to a mature, sensible, patient and intelligent woman, no matter what the age. While a young mind wanders, a matured mind lends stability to a relationship. This is probably one of the main reasons why younger men fall for older women because it gives them stability. Older women are secure in their lives, and can figure the difference between fairy-tale romance and real-life attraction. They are aware of their needs, desires, shortfalls and have a better understanding to what a companion may desire. Older women bring a sense of understanding, maturity and patience that are vital for any relationship to thrive. Because of experience and age, they offer a lot to a relationship and that is why many young men today are attracted to women who are older to them. And the signs are always there an younger man likes an older woman.

Young men like to be connected with well established and driven people to become better in their lives. Since they are shaping their future, they have an ambitious mind and hunger to succeed. Older women are mostly well established and driven and have made something out of their lives. Due to these qualities, younger men and older women are able to match their wavelengths and respect each other in their respective career pursuits. She is well established Image source

They understand that both of them need to work hard, and respect the space that divides their professional and personal lives. Misunderstandings regarding financial matters also hardly occur because both in the relationship earn and have an equal say in all matters. This stability is one of the main reasons a younger man likes an older woman.

2. They are highly experienced

Since the older women are the ones who have entered the third, fourth or fifth decade of their life, they surely have a lot of experience when it comes to relationships, dating, sex life, etc. There is no denying the fact that dating older women has its own advantages. They are open to having sex, are aware of that a relationship may not translate into a life-long commitment, and yet do not stop themselves to enjoy the moment. Therefore, younger men obviously feel excited and take the relationship with older women as an adventure where they get to know more about women and relationships in general.

Dating life and relationship with older women is like a learning experience for younger men and they always find it fascinating.

Whether it is physical intimacy, or emotional connection, older women come with experiences that younger men can use to their advantage. And this is a positive effect if a younger man likes an older woman.

3. Older women are honest and open-minded

Younger men love older women because they are pretty much honest and straightforward in relationships. They do not beat around the bush when they dislike something and thus relationships with older women are always smooth. In addition, older women are open-minded and give enough space to the younger men to explore their youthful nature by accompanying them in their madness and adventures.

Many young and married men too have affairs with older women.

Technologies like smart phones, virtual world created by social media websites, etc. are certain things that have been unable to influence the older women. Instead of being continuously on their phones or using social media posts to express their love, older women know how to communicate face-to-face and even listen to their partners. They are not going to post everything online and are least interested in telling the world who are they with. They bring forth communication that involves words and feelings, not selfies and check-ins of social media.

They know how to enjoy their life in the simplest possible manner, because of which younger men find them approachable.

6. They are extremely independent

Not only in thoughts but also in action, older women are extremely self-sufficient and independent. They will do their own work and live according to their own principles. Older women know when it is the right time to take a stand and when it is right time to step back. It is because of this independent attitude that older women attract younger men. They do not wait for others to make them happy, as age makes them realise that the power to stay happy is within them only.

Related reading: What if the younger man takes advantage of me and leaves me?

This attitude of being fiercely independent makes younger men instantly attracted to them, since men like women who can be happy by themselves.

Instead of rushing into things like marriage or family life and pressurising younger men to take up more and more responsibilities, older women are more accommodating. This is why it is worth falling in love with an older woman. They take things slow in the relationship, giving time to their partners to adjust, and this definitely favours men who are still trying to figure out their lives, both professional and personally.

8. They are in touch with reality

Women in their prime youth live in a fantasy world, which is a given at that age. They dream of knights in shining armour, and happily-ever-afters. But reality is different – people are selfish, there are heartbreaks and disappointments.

The older women are in constant touch with reality and do not live in some fantasy world. So they are practical and know how to deal with every situation. Younger men can also learn to live life practically with the guidance of older women. In fact, even long-distance relationship may work better with an older women. 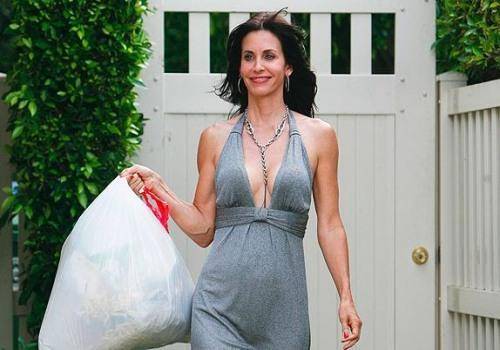 Men who are in a relationship with older women are able to get constant support from their partners. Whenever these younger men face any dilemma or life-changing decision, it is the older women (their partners) who stand by them. They are sensible enough to know how to handle off and difficult situations in life.

However, women their age may not be as mature and refuse to be supportive. With the encouragement and support of older women, younger men are able to become better and a more mature people. That’s why younger women feel it’s worth it to fall for an older woman.

10. They can face relationship breakups maturely

Older women are well aware of the fact that relationships might have a dead end, especially relationships with younger men. Matured women understand that younger men are likely to fall for other women easily and may breakup because of the stigma associated with such relationships.

Even if they face relationship breakups, the older women will act maturely and might even develop a lasting friendship bond with the younger men. Incessant tears, stalking are not their thing.

11. Older women do not have complaints about their body

Young women of today give a lot of attention to their body weight and type and sometimes get obsessive over their outer appearances. Older women are pretty comfortable with their body type and weight, as they understand that it is the inside of a person that matters. They do not have any complaints about their body and the younger men dating them do not have to hear their constant grumbling.

In fact, younger men like older women for their curvy yet voluptuous bodies.

Since older women are so experienced, well established in their professional life, free from teenage melodrama, they actually know how to live a stress-free and happy life. They are happy-go-lucky and tend to make people around them calm and tension-free as well. Therefore, younger men dating older women tend to have a prosperous relationship. So it works for the younger man to fall for the older woman. 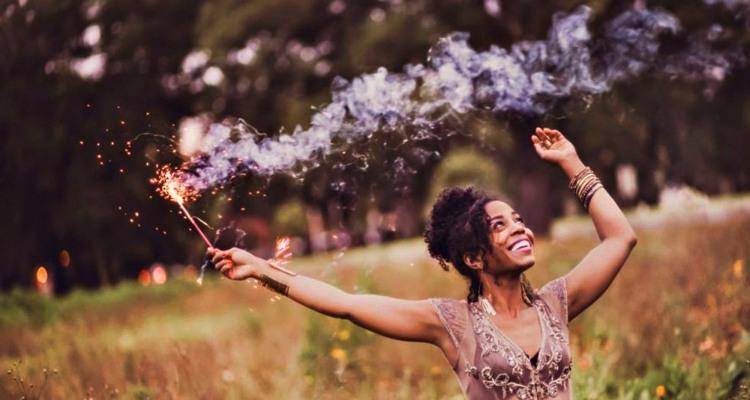 She is stress free Image source

13. They are committed and loyal

Younger men who have a relationship with older women do not have to worry about issues like infidelity, betrayal, etc.

Related Reading: 10 Advantages Of Dating An Older Woman! The 5th One Is Definitely True

Confidence is something that is deeply etched in the minds of older women. They do not have to pretend to be confident, but they are naturally confident in both words and actions. Matured women do not get bothered by the beauty of other women around them and do not get involved in useless competition. It is due to this that younger men prefer older women.

15. They are sexually less inhibited

Younger men usually find it difficult to get intimate with younger women since they are not so open about sex. But older women, on the other hand, are less inhibited because of their experience in bed and they know how to enjoy sexual encounters. It is in the early days of their lives that older women give up all kinds of inhibitions related to sex. Thus, younger men can get intimate with older women who are accommodative in such matters.

Gone are the days when younger men preferred women of their same age. The gender roles are changing in our society which is creating equality among both men and women. Younger men are probably realising the fact that dating older women is worth a shot. So if you are a young man looking for a relationship then why not date an older woman? And if you are an older woman then why not give a chance to a younger man pursuing you? We advise you to give it some thought. Best of luck!

Why I’m not ashamed of my young Muslim lover

10 reasons why sex with a younger man is better

Older women have a lot of experience and good care