Is there a stereotypical hero? Go ahead, think of one right now. Did the image of a certain Clint Eastwood, eyes squinted, cigarette in mouth, donning a poncho cross your mind? Why wouldn’t it? For a generation, the murdering, looting, criminal “man” you saw in the westerns was the idea of a hero.

And no, it’s not a thing of the past. Mad Men, the show that boisterously romanticized harassment and sexism, ended as recently as 2015. When our movies and the media depict the stereotypical hero characteristics in their most heightened sense, the perception of what a “man” is supposed to be, suffers.

This is exactly the reason why when movies step outside of the norm with their portrayal of a hero, it’s a welcome change. Let’s take a look at the times the way we look at a “hero” was tackled, and the gender roles we’re so used to seeing were thrown out the window.

Movies That Challenged The Identity Of A Stereotypical Hero

If for some reason, you’re still confused about the stereotypical male “hero” we’re talking about, go to IMDB and pick out any movie Dwayne Johnson has ever been in. They can end up shaping perceptions and affecting the relationships men and women have with each other and also themselves.

Don’t get us wrong, there have been celebrated representations of female heroes in movies (think Black Widow, Erin Brockovich). But today we’re focusing on the men who don’t look like “heroes” at first glance but deserve applause nonetheless. Let’s get right into it.

Is a list of unlikely heroes ever complete without mentioning Forrest Gump? A kid who suffers from autism and polio is a far cry from the stereotypical notions of what a hero is supposed to be. Yet, he manages to do things most of us can only dream of doing.

A Vietnam veteran, a professional ping pong player, businessman, and philanthropist, all whilst sustaining the sweetest relationship with his mother.

In the land of Bollywood, where a conversation about sex is still somewhat taboo, a movie about impotence was bound to attract attention. A man navigating the stigma around erectile dysfunction, especially when he’s about to get married, turned out to be a more significant commentary on society than most expected.

He’s termed a hero here, owing to the way he handled his issues. Though it was hard for him to confront his condition and fight the biases surrounding it, he didn’t sweep it under the rug and managed to work around it.

3. Ben, from The Fundamentals Of Caring

A professional caregiver as a male protagonist? Sounds like something from a parallel universe, doesn’t it? This story of a depressed writer turned caregiver who met a disabled teen named Trevor speaks volumes about the healing power of empathy.

Though he was ridiculed for being a male caregiver, he ended up healing his own wounds through this journey. Without beating up a single bad guy or doing a single push-up, he was able to give Trevor a new perspective on life. Portraying the power of empathy, this movie made it clear that caregiving isn’t something that should be alien to men.

A sickly man who works closely with transgenders and homosexuals to help them curb the symptoms of AIDS is the furthest you can get from the stereotypical hero characteristics. He single-handedly worked around the system to give the much-needed AIDS medication to thousands around him. If that’s not a hero, we don’t know what is.

Perhaps the best part about this movie is that it’s based on the true story of Ronald Dickson Woodroof, who smuggled drugs from Mexico into Texas to help himself and the sufferers around him.

The sympathetic bull who refuses to fight shows a young audience that gender roles do not take precedence over personal values. Though he was apparently born to be a fighting bull, his empathetic nature never let him conform to the expectations society bestowed upon him.

When things eventually work out for our adorable friend, it goes to show that being a manly man isn’t the only way you can achieve your goals. Plus, the friends he made along the way wouldn’t even endure him if it wasn’t for his sympathy.

The more we see that stereotypical hero characteristics are not an absolute requirement for the men in our society, the faster we’ll be able to bring down the norms that have been seemingly associated with us since we’re born. Taking inspiration from these movies, let’s not define ourselves as how tradition would like us to and value our own morals more than the ones that are forced on us.

Love In Movies Vs Real Life 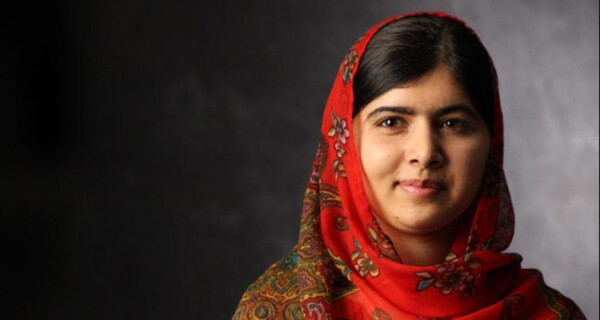