Kaho na pyaar hai! You said “I love you” to your man but he didn’t say it back? 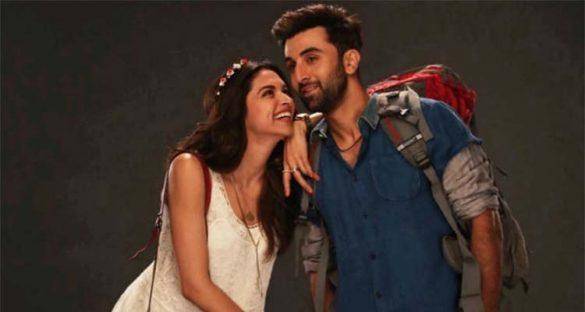 Do you love me?

Remember Star Wars? Remember the magical moment when Princess Leia finally confesses her true love to her one and only Han Solo by saying, “I love you”? Do you remember what that smart arse Han Solo says in reply? He merely says, “I know” in his stupid deep and meaningful voice. And now somehow that’s a famous dialogue exchange which is loved by millions.

People, especially men, don’t understand how much courage and commitment it actually takes to say those three words. Or maybe they do, as they themselves never seem to gather the strength to say it out loud. Actually men are brought up in that condition. They are told to hide their feelings, they are told that feelings are ‘girly’ and so they grow up to be these constipated ego monsters. Only some men grow out of this ridiculous conditioning to be really able to express their feelings. If you are stuck with the wrong kind of guy, here is what you do.

Related reading: Boyfriend does not call me or spend time with me, does he love me at all?

Pretend that you didn’t say it

Give them a taste of their own medicine: pretend that you didn’t say it, pretend that everything is as it was and you are not at all bothered by it. Go about your daily routine without showing any grievances. This will drive them crazy. Once they see that their not saying the three magic words is not bothering you, they will definitely panic. This time around, they might put in more efforts: this time they might make it special and actually even think of some special way to say it. Maybe over a romantic dinner or when you are least expecting it.

Sometimes when someone has been through a lot of bad things in life, it becomes difficult for them to open their hearts for new good things. They can’t risk being vulnerable, because to them it is like opening their hearts to newer threats and newer attacks. Sometimes it is very hard for broken people to rebuild, to hope, to sustain, and to open up: These are the people who generally can’t easily say what they feel. It’s true that they don’t wear their hearts on their sleeves, but when they actually love you, they won’t ever hurt you, because they know exactly how it feels. So don’t get discouraged. You know their past. If they haven’t said it yet, then maybe they are not ready. But that always doesn’t mean that they don’t love you; it just means that the time is not right yet.

Related reading: How men say ‘I love you’ without saying anything at all

Be the strong independent woman that you are

If your boyfriend is a known player, then you should be really worried if they don’t say it back. Maybe it is because they want to keep their options open till they find out whether it works out with you or not. These are very toxic people who love to play power games in a relationship, and saying ‘I love you’ to them is just giving them an upper hand. These are the kinds of guys who will use your vulnerability against you to exploit it to their own benefit. They will laugh about you behind your back and make fun of you among their friends. These are the kinds of guys you need to avoid.

You need to be the strong independent woman that you are and walk away from this type of person while you still have your dignity. All of us make mistakes. We love people who neither deserve our love nor are worth it, but it is better to learn from our mistakes and move on, than to linger on in a state of dilemma.

We love people who neither deserve our love nor are worth it, but it is better to learn from our mistakes and move on, than to linger on in a state of dilemma.

You know that the best way to get rid of crushes and infatuation is to say it aloud to that person. If it wasn’t something serious, then it is a good thing that he didn’t respond. You can now feel all the passion you felt for him ebbing away and his being indifferent doesn’t even bother you any more. You’re not even angry with him; you feel like it is good riddance of bad rubbish.

When life gives you lemons, you should rather make lemon soda and chill out under the summer sun. That is, move on from the relationship that doesn’t have anything more to offer. Don’t waste another minute on the arsehole that has hurt you this bad. You don’t need to stick to a mistake just because you took a long time making it. Move on, make newer mistakes. Life is meant to be lived on a trial and error basis. You win some, lose some and the saga continues.

Tumko mujhse pyaar hai? How to check whether he’s into you while keeping your emotions under control