Love and RomanceSingle and Dating 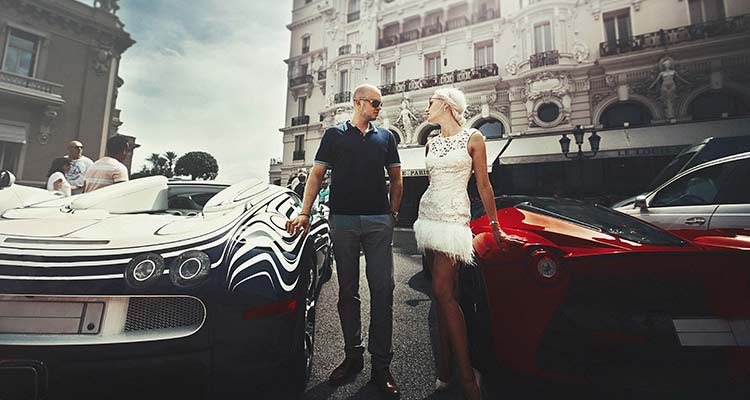 Gone are the days when women played coy and hard to get, leaving it to the men they desired to do the work of making the first move. Yay, 21st century! Even so, years of conditioning makes even the most independent, empowered girls doubt their instinct to just go ahead and ask a guy out. ‘Should I make the first move?’ And more importantly, ‘how to make the first move on a guy?’

These are the common questions that weigh on the mind. Coupled with the fear of rejection, this simple act of telling someone you like them can seem as daunting as scaling a mountain peak.

How To Make The First Move On A Guy

Whether you have known the guy you have the hots for for years or it is someone you’ve just met on a dating app, spilling the beans about how you feel is always a nerve-racking experience. Before you decide to take the plunge, take a moment to fully understand the first move meaning.

It means taking the lead in letting your feelings or intentions to date be known to a love interest. This is a long way off from the traditional approach of dropping hints or playing hard to get. That’s why even the most confident women find themselves stumbling when it comes deciding who should make the first move.

Related Reading: 13 Signs A Girl Likes You But Is Playing Hard To Get

Even more so, if you’ve always been on the other side of the chase to win hearts. So, if you have been mulling over your course of action to make the first move on a guy you have the feelings for, these 8 ultimate tips will see you through:

1. Make peace with your anxiety

So the question of how to make the first move on a guy has turned you into a bundle of nerves. Your stomach turns every time you think of acting on your instinct and you put it off for another time.

You’d be better off at handling the anxiety if you embrace it rather than try to run away from it. Accept that you’re nervous and talk yourself through these unnerving thoughts. Try giving yourself a pep talk in front of the mirror or ask a friend to boost your morale and calm your nerves.

By constantly reminding yourself of your reasons for ‘why should I make the first move’, you’ll able to shed your inhibition.

The fear of rejection is what holds us back from expressing our feelings. So, before putting your feeling out there, test the waters to see if the guy is interested in you. Does he respond to your texts? Do you see him reacting to your social media posts? If you’re part of the same social circle, does he like hanging out with you? Has he responded to your overtures on a dating site?

If the answer to these questions is yes, there’s no reason why you should waste your time contemplating how to make the first move on a guy. Just take the plunge already. A guy who wants more than your friendship will definitely send out signals to that effect.

Perhaps, he is shy and is giving you signs he you wants to make a move. So, pay attention. Study his body language, read between the lines when he talks to you. You might just spot subtle hints of flirting that can give you the much-needed boost to act on your desire to ask him out.

Related Reading: 15 Things Guys Like Their Girlfriends To Do

Any disruption while you’re putting your feelings out there can derail your attempt to woo the guy you’ve been fawning over. Once the moment is lost, a do-over can become a lot harder. So, invest some time and thought into planning when and how you will make your first move.

Setting up a movie night, taking him out for a drink, taking a stroll in the park are some time-tested ways to do it. If you prefer the cushion of distance, you can totally do it over text too. Just make sure he’s available to respond in real-time.

If you’re going about this the old school way, lean on your friends for support.

Confide in them, and ask them to be there for you when you make the big move. Having a wingman can not only pump you up with some much-needed courage, but you’ll also have someone to fall back on should things go south.

For instance, if you’re planning to do it over drinks. Ask your gang of girlfriends to be present at the same place, at a different table. That way, you can quickly regroup in the ladies room to rethink your strategy if things aren’t going as per plan. Or you can escape for a quick chat, in case you’re feeling like a nervous wreck.

Related Reading: 13 Ways To Make Him Realise Your Worth

5. Let your body do the talking

Words can be our least reliable asset. They abandon you when you most need them and awkward silences can kill the moment. If you’re one of those who struggles with staircase wit, rely on your body language to get the message across.

Lean in when you talk to him, look him in the eyes and hold his gaze, a slight tap on the hand here and a little brush there can set the tone. It serves as the perfect precursor to let the guy know that you’re into him.

While you’re at it, pay attention to his body language too. If he reciprocates with similar gestures, it’s your cue to make a move.

‘Can I buy you a drink?’ is the oldest line in the book of moves. Men have used it with success for decades now. So, why not leverage a classic and make the tables turn by offering to buy him a drink. Don’t fret too much over who should make the first move. Or whether it’s appropriate for you to buy drinks for a guy.

If you have your heart set on him, there is no reason to hold yourself back on account of socially appropriate gestures. Besides, this can work like a charm if you’re going to make the first move on a shy guy. Sure enough, he’ll get the hint where you’re going with this. If he says yes, the odds of this leading somewhere are in your favor.

Use your charm to have him in your thrall. Are you witty? Make him laugh. Are you a smooth talker? Use the power of good communication to seduce his brain. Have you got some good moves? Hit the dance floor with him.

The idea is to play to your strengths and show the man something that’ll leave an impact on him. Once you’ve piques his interest and intrigue, you will have his undivided attention. It, then, becomes a lot easier to just look into his eyes and tell him how you feel.

Finally, the moment you’ve been working toward is here. All the effort, all the preparation, all the build-up was leading to this moment. Shake off the nervousness, and just say the words, ‘I like you.’ ‘Want to get together?’ ‘Let’s date’, ‘Would you like to go out with me?’ or whatever it is you kids say these days.

Just don’t chicken out now. After all, what’s the worst that could happen? He’d say, ‘thanks, but no thanks!’ So what, there’s plenty of fish in the sea. But imagine if he says yes!

Related Reading: What Are Some Good First Date Questions To Get To Know Someone?

The Right Moves For You

How do I make the first move on a guy through text?

Millennials prefer texting to talking. If that is the chosen mode of communication between you and your love interest, here are some rules to play by in your ‘how do I make the first move on a guy through text?’ pursuit:

How to make the first move on a guy online?

Want to slide into the DMs of that hottie posting killer workout videos on Instagram? Here’s everything you need to know about how to make the first move on a guy online:

How to make the first move on a guy on a dating app?

Online dating is hard, and making the first move on a dating app can come with its baggage of perceptions and the risk of being misunderstood. But that doesn’t mean you have to hold yourself back. Just being a little cautious will do:

How to make the first move on a guy in high school?

The tricky teenage years and the rush of that first crush can be a heady concoction. Dealing with rejection can be the hardest in this phase of your life. So when you make the first move on a guy in high school, you’ve got to play your cards right:

How to make the first move on a guy at the workplace?

Got a crush on a co-worker? While there is no reason why you can’t make the first move on a guy in a workplace (unless the HR policy specifies otherwise), you have to make sure that you neither jeopardise professional relationships in the process nor become the object of interest for the office grapevine.

Here’s how to make the first move on a guy at the workplace with discretion and success:

Related Reading: The 9 Do’s And Don’ts Of Dating A Co-Worker

What Do Guys Think When A Girl Makes The First Move?

So, don’t hold back, ladies. Use these tips, sharpen your flirting skills and go for it.

Of course! Making the first move on a guy is better than sitting around waiting for him to take initiative. At least, this way you don’t risk forever living with thoughts of what could have been.

2. Do guys like if a girl makes the first move?

Yes, guys love it when girls make the first move. Results from different surveys establish clearly that a majority of guys lean in favor of this idea.

3. How do you tell if he wants you to make the first move?

Look for any subtle hints he may be dropping to express his interest in you. If you can tell that he is interested in you but hasn’t asked you out, consider it among the signs he you wants to make a move.

4. What do you do when a guy won’t make the first move?

If a guy isn’t making the first move, just go ahead and take the lead. There is no reason to second-guess.

5 Best Ways To Propose A Boy

22 Ways To Know If A Guy Secretly Loves You, But Is Too Shy To Admit It